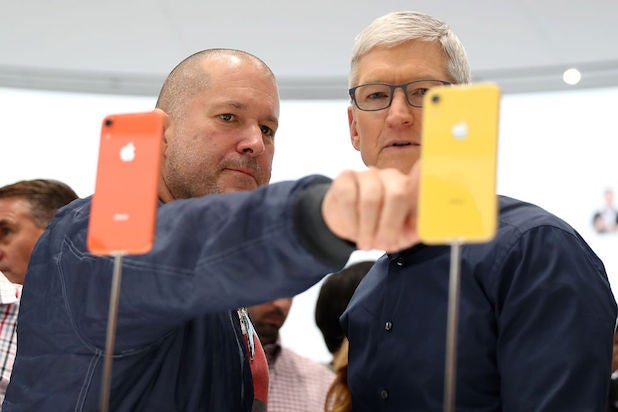 Apple design wiz Jony Ive has been removed from the company’s leadership page, indicating the man behind some of the tech giant’s biggest products, from the iPhone to the iPod, has officially exited the company.

Ive’s departure has been expected for months now, after he announced in June he’d be leaving Apple to start a new design company. His removal from the company’s leadership page was first reported by The Verge on Thursday.

Ive had been with Apple since the early ’90s, ultimately taking the reins of its design team in 1996. While at Apple he helped refine its sleek, minimalistic approach to product design. Along with the iPhone, iPod, Mac and Apple Watch, Ive also led the team behind Apple Park, the company’s $5 billion corporate headquarters in Cupertino, California that opened in 2017.

During his nearly three decade run at the company, Apple rebounded from a faded tech has-been to the first trillion-dollar company — thanks in large part to the products Ive helped design.

Ive has since partnered with designer Marc Newson on LoveFrom, his latest venture. The company is expected to work closely with Apple moving forward.

Apple chief Tim Cook, in a statement in June, called Ive  a “singular figure in the design world and his role in Apple’s revival cannot be overstated.”