This  story about Jordan Peele and “Get Out” first appeared in the Oscar Noms Preview issue of TheWrap’s Oscar magazine.

Jordan Peele sat on the balcony of an airy three-level Mediterranean-style house in the Hollywood Hills. Directly across the street was another house, and above that other house — not way up, but right there – was the Hollywood sign. This had been Peele’s daily view for somewhere in the neighborhood of six months, since he moved his office here, but don’t ask him exactly how long.

That’s understandable. “Get Out,” a horror film with things to say about race relations, came out in February and immediately exceeded whatever expectations people might have had for the directorial debut from one of the masterminds of the late, lamented Comedy Central series “Key and Peele.” It won rave reviews, did big business, launched memes and YouTube videos in which fans point out the subliminal messages.

And now, almost a year later, it has won more critics’ awards than any other film and become a legitimate awards contender, the first horror film to do so since…”The Silence of the Lambs,” maybe?

“It’s been totally crazy,” said Peele, shaking his head. “All the dreams coming true in the same year that the world is going to s—. Very bizarre.”

The dreams came true because of a film that Peele first conceived in 2008, when he and Keegan-Michael Key had finished their stint on “MADtv” but had yet to create “Key and Peele.” He came up with the idea of a social thriller that would tackle the subject of race: White girl takes black boyfriend home to meet her parents; boyfriend has a feeling something’s not right; boyfriend turns out to be correct. 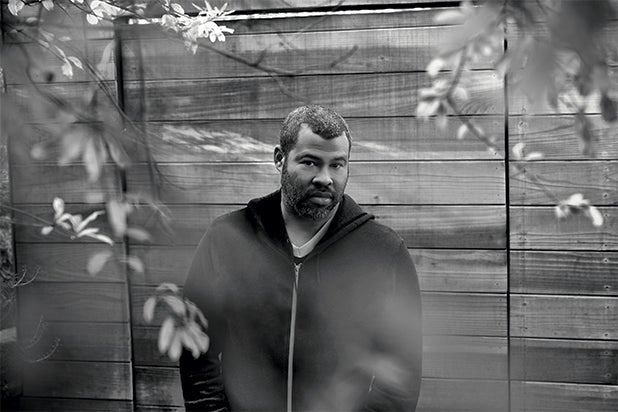 The idea was to make a genre movie that could also be filled with commentary on race relations, and halfway through the first draft he realized that he’d have to direct it himself. “I thought, ‘It would kill me to pass this off and have details or emotions missed,'” he said. “My fear about being a first-time director kept me from thinking about directing it up until the point where I couldn’t anymore.”

He didn’t get production off the ground until after “Key and Peele” ended its five-year run in 2015, when he was able to make it with Daniel Kaluuya and Allison Williams as the young couple and Bradley Whitford, Catherine Keener and Lakeith Stanfield in supporting roles. He packed the film full of little messages — at one point Kaluuya’s character picks cotton out of the arm of a chair to escape from his would-be white masters — but figured it would take time for the audience to notice. Instead, they latched on instantly.

“I thought people would be saying, ‘I had to go back to see it again after learning of the twists,’ and maybe five years later somebody would write a thesis on it,” he said. “But there’s been so much conversation about it, and that’s thrilling.

“The movie was designed to be the antidote for this lack of conversation about race. And to find these think pieces and to hear people have new takes and pick up on something that nobody else has picked up on, it’s just crazy, and really rewarding.”

Peele has often talked about how the original ending of “Get Out” was darker, with Kaluuya’s character arrested for the death of his girlfriend. That ending was designed to shock audiences into having a conversation about race — but by the time he was finishing the film, he felt that the country was having that conversation, so he softened it.

Since the film came out, though, social outrage in the U.S. has in many ways shifted from racial injustice to sexual harassment. Have we moved on to a different conversation from the one he was hoping to provoke?

“I’m pretty fascinated by the relationship between the pursuit of civil rights with regard to gender and race,” he said. “There are many ways in which those movements are completely aligned and about the same thing. It’s about representation, it’s about agency, it’s about abuse, it’s about respect, it’s about rights.

“And then there are ways in which the two have been pitted against each other.

“I started writing this movie when Barack Obama and Hillary Clinton were battling it out for the Democratic nomination in 2008, and the thing that allowed me to see how this movie was possible was ‘The Stepford Wives’ and ‘Rosemary’s Baby.’ Those are two of my favorite movies, and they’re social thrillers about women who are having men make decisions about their bodies. It’s a very relevant thing. Those movies showed me that it’s possible to make something about something this important and have it also be fun.

“And watching Barack and Hillary, there was almost this feeling of like, ‘Whose time has come? Is it black people, or is it women?'”

He paused. “Even though there are different elements to both of these movements, they are ultimately about the same thing at their core, which is civil rights. They are about the desire to be regarded as equal human beings.” 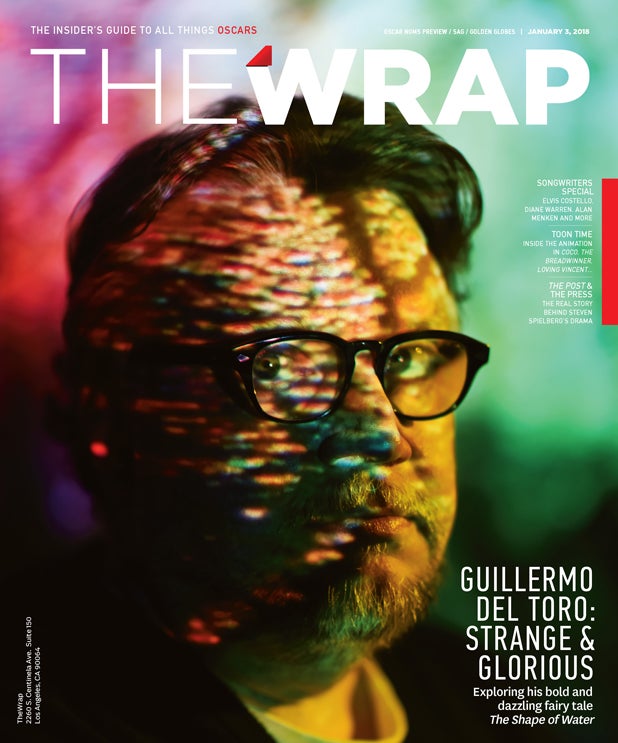