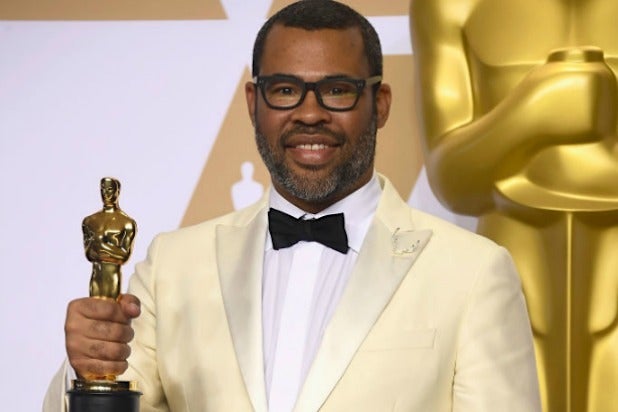 Fresh off his Oscar win for his screenplay of “Get Out,” Jordan Peele and Universal Pictures have announced the title of his next film: “Us.”

Like “Get Out,” Peele will write and direct the film, as well as produce alongside Sean McKittrick and Jason Blum. Peele will produce through his Monkeypaw Productions banner alongside Ian Cooper. Universal will release the film on March 15, 2019.

Peele also unveiled a teaser poster for the film on social, which you can view below. Though plot details remain murky, the poster suggests the movie will be a horror/thriller as it describes “Us” as a “new nightmare.”

Universal will distribute “Us” as part of a first-look deal the studio signed with Peele last year following the success of “Get Out,” which received critical acclaim and grossed $255 million worldwide against a production budget of just $4.5 million. When the deal was signed, it was reported that “Us” would have a larger budget than “Get Out,” though Peele was also signed on to work on more microbudget projects with Blum.

Peele and Monkeypaw Productions are represented by CAA, Principato-Young and Jared Levine.