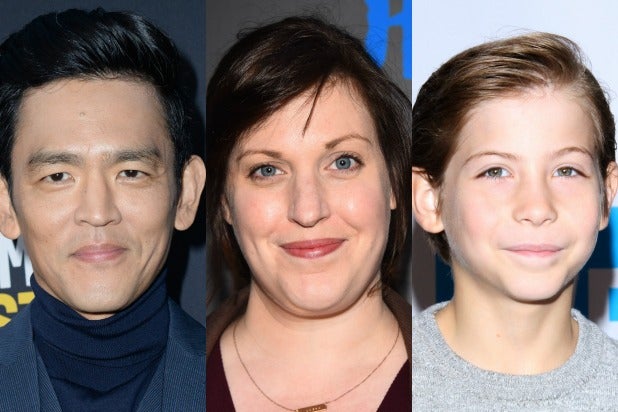 John Cho, Allison Tolman and Jacob Tremblay are about to enter Jordan Peele’s “The Twilight Zone.”

The three actors have been cast on the upcoming CBS All Access reboot, starring in the episode “The Wunderkind,” CBS announced Monday. Jacob Tremblay’s younger sister, Erica Tremblay, will also appear.

Cho, Tolman and the Tremblays are the latest cast members to sign up for the series, joining Sanaa Lathan, Adam Scott and Kumail Nanjiani. Peele is executive producing and narrating, stepping into the role that Rod Serling made famous. You can get a taste of what Peele’s narration will sound like here.

Cho was recently seen in the thriller “Searching,” with his other notable small and big screen credits including “The Oath,” the remake of “Total Recall,” the three “Harold & Kumar” movies, Fox’s “The Exorcist” and “Selfie.” Tolman is best known for her performance in the first season of FX’s “Fargo,” for which she won the Critics’ Choice Award and received both Emmy and Golden Globe nominations. Tremblay broke onto the screen opposite Brie Larson in 2015’s “Room.” He also starred in “Wonder,” “The Death and Life of John F. Donovan,” “The Predator” reboot and “Smurfs 2.”