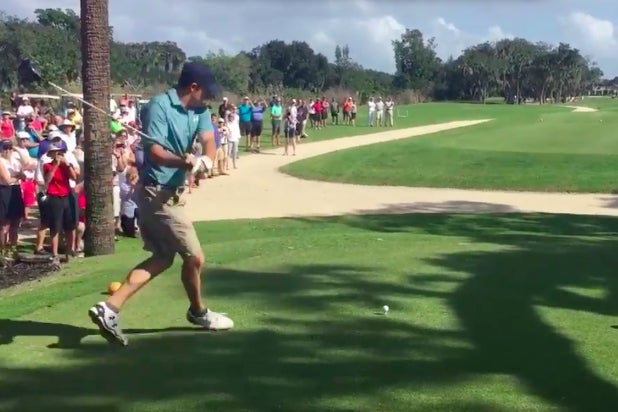 Jordan Spieth is the world’s No. 1 golfer and both the reigning Masters and U.S. Open champ. In other words, he’s a serious hacker — but that doesn’t mean he always takes himself seriously.

The linksman joined friend and country music star Jake Owen in a pro-am event on Sunday, when Spieth took a page out of Adam Sandler‘s book. (No, not the “Ridiculous 6” Sandler, thankfully.)

On the very first tee at the Grapefruit event, Spieth performed a “Happy Gilmore”-style drive, running up to the ball and smacking it. The crowd loved it, and the tee shot itself appeared to be a pretty darn good one.