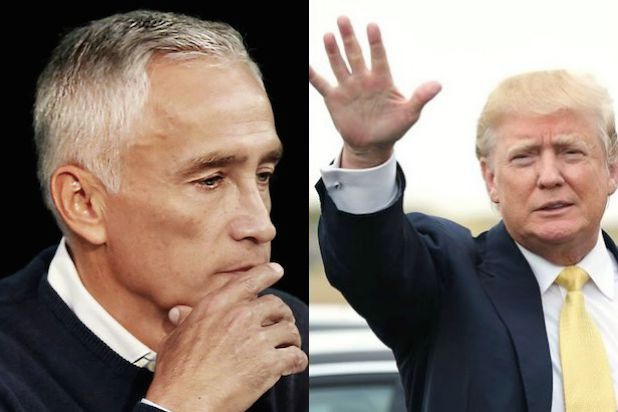 Jorge Ramos is keeping his fight against Donald Trump alive, writing a scathing piece on Tuesday that accused the GOP frontrunner of “fomenting hatred.”

“Trump is speaking out against a minority and fomenting hatred against the most vulnerable people in our nation,” the Univision anchor wrote for Fusion. “And who will be influenced by his rhetoric? Who will succumb to his fear-mongering? Who will buy into the premise that immigrants are at the heart of America’s problems?”

Ramos answered himself, pointing to an incident between himself and a Trump supporter backstage at a Trump press conference he was kicked out of in August.

“I had to look no further than right outside the press room in Iowa, where one of Trump’s supporters bellowed at me: ‘Get out of my country! Get out!’ It’s my country, too, I told him. This happened moments after Trump told me to “go back to Univision.”

He said he was within his rights as a journalist to ask questions at the press conference.

“In the aftermath of this incident, I was accused of being an activist. That’s not the case — I’m simply a journalist who asks questions,” he continued. “And journalists have an obligation to take a stand when it comes to racism, discrimination, corruption, public lies, dictatorships and human rights violations.”

Ramos has an open invitation for Trump to sit down for an interview. Trump has not accepted.