Wow, the resemblance is remarkable. Or remarkably difficult to detect, depending on one’s perspective.

The internet was treated to a meaty look at Joseph Fiennes’ portrayal of deceased King of Pop Michael Jackson on Tuesday, as the trailer for his his episode of Sky Arts’ “Urban Myths” came online like 2.5 metric tons of WTF.

In his installment of the British anthology series, Fiennes plays Jackson as described in a story first reported in Vanity Fair. 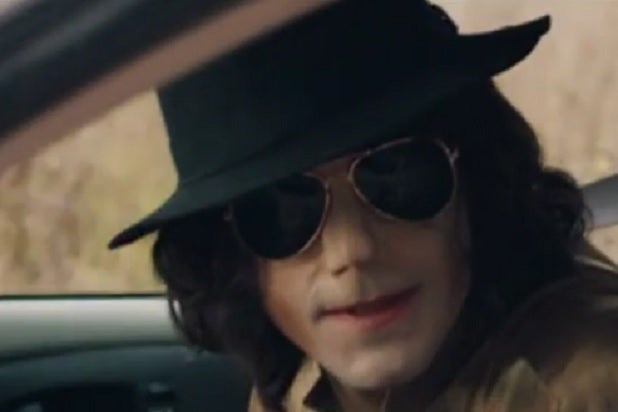 In the magazine story, a former employee of Jackson’s claimed that the pop star invited Marlon Brando and Elizabeth Taylor to see him perform in New York City prior to the 9/11 attacks.

Brian Cox is featured as Brando, while Stockard Channing portrays Taylor in the filmed version of the alleged events.

Watch the video above and share your thoughts in the comments section: Just how long did it take you to realize that it wasn’t, in fact, Jackson himself in the trailer?