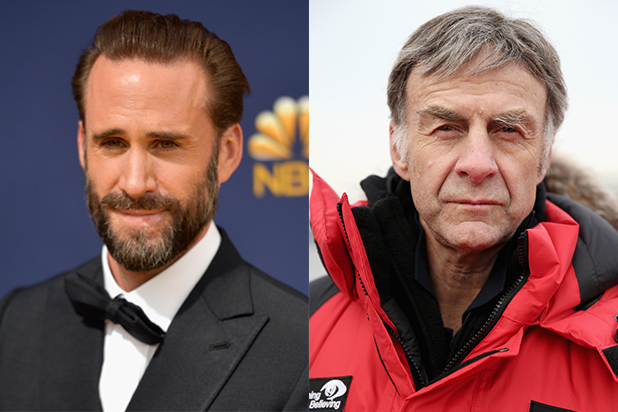 Joseph Fiennes and his cousin Sir Ranulph Fiennes are teaming up for a three-part exploration series on Nat Geo. “The Handmaid’s Tale” star and the explorer will take a journey down the Nile River for the documentary series.

“Fiennes: Return to the Nile” will air in 2019, though an exact date is still to be announced. It is produced by Woodcut Media.

The series commemorates the 50th anniversary of the explorer’s 1969 journey down the Nile, one of his earliest expeditions. The three-part series will see the two men crawling through a newly-discovered ancient Egyptian tomb in Minya, get to grips with Tachtib — a traditional fighting technique using four foot sticks — and come face-t- face with dangerous snakes and spiders.

“I am delighted to have the opportunity to re-trace the steps of my original expedition in 1969, and this time with my cousin Joe and National Geographic. I know first-hand how fascinating and exhilarating Egypt is for an explorer and I can’t wait to show Joe the ropes and to see how much Egypt has changed in the last 50 years,” said the elder Fiennes.

“Authentic, visceral and highly entertaining, ‘Fiennes: Return To The Nile’ embodies National Geographic’s mission to inspire and ignite the explorer in all of us. We are thrilled to be working with legendary explorer Sir Ranulph Fiennes and critically acclaimed actor Joseph Fiennes on this exhilarating and thrilling expedition,” said Jules Oldroyd, SVP, International Programming for National Geographic.

Derren Lawford, creative director and executive producer, Woodcut Media, added: “This series marks Woodcut’s first commission with National Geographic and we are delighted to be co-producing this with The Development Partnership for such an iconic channel. We know that ‘Fiennes: Return To The Nile’ will take viewers on an incredibly breath-taking and unforgettable journey that will entrance audiences in the US and the world over.”