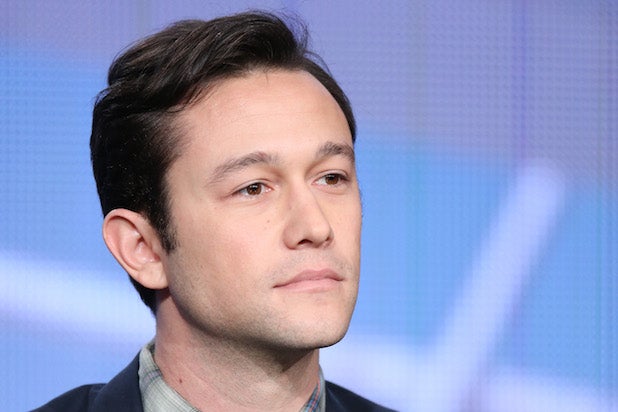 Gordon-Levitt has big shoes — and a bigger suit — to fill, as the role was originated by John Travolta in Tarantino’s classic crime drama, which celebrates its 20th anniversary this year. As evidenced by his new show “HitRECord on TV,” Gordon-Levitt will have no problem dancing should Goldberg ask him to match Travolta’s iconic moves.

When “Pulp Fiction” was release in 1994, a 13 year-old Gordon-Levitt was enjoying a breakout turn in Disney’s “Angels in the Outfield,” so he wasn’t old enough to see the film during its initial theatrical release.

It will be Gordon-Levitt’s first time reciting Tarantino’s dialogue, though he nearly worked with the director on “Django Unchained,” which gives the actor a special thanks in its end credits.

Gordon-Levitt and Goldberg worked together on the 2011 cancer dramedy “50/50.” To that end, it sure would be fun to see Seth Rogen tackle one of the roles in “Pulp Fiction.” While others may be a better fit for Jules and Butch, I could see Rogen reading one of more than a half-dozen male roles, including Marcellus Wallace, Captain Koons, Zed, Lance, Pumpkin, Jimmie or The Wolf.

Goldberg also announced that Caplan will participate in the dramatic reading, and while she doesn’t necessarily have to read a female role, those available include Mia Wallace, Honey Bunny, Fabienne and Esmarelda Villalobos. Caplan stars in the upcoming Rogen-Franco comedy “The Interview,” which Goldberg co-directed.

Sadly, while Goldberg did approach his “This Is the End” star James Franco, the actor is not able to participate.

Gordon-Levitt, who probably knows that a foot massage ain’t no joke, next stars in “Sin City: A Dame to Kill For.” He’s also developing a feature adaptation of Neil Gaiman’s “Sandman” for Warner Bros. and DC Entertainment.

WME represents Gordon-Levitt and Caplan, who is also repped by Mosaic.