Joseph Gordon-Levitt has joined the cast of “Poker Face” at Peacock.

The show comes from “Knives Out” director Rian Johnson.

It was first announced last March, with Natasha Lyonne billed as part of the cast.

The “The Last Jedi” filmmaker will serve as creator, writer and director of the hour-long streaming show, which marks his first TV series. 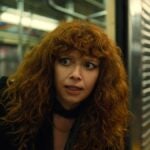 There’s a scarcity of plot information available, but Johnson described it as a “case-of-the-week” drama.

“I’m very excited to dig into the type of fun, character driven, case-of-the-week mystery goodness I grew up watching,” Johnson said in a statement last year. “It’s my happy place. Having Natasha as a partner in crime is a dream, and we’ve found the perfect home at Peacock.” 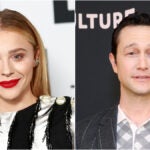