“Pan,” the pricey prequel to the kids classic, and tightrope thriller “The Walk” both took a tumble in their nationwide box-office debuts Friday. The dual disappointments overshadowed a strong performance by the Matt Damon sci-fi tale “The Martian,” which is heading for $35 million-plus and a second-week triumph for Fox.

Also Friday, “Steve Jobs,” the Universal biopic starring Michael Fassbender as the iconic Apple boss, brought in $175,000 from four theaters in its limited debut. That’s an impressive $43,625 per-screen average for the film, viewed as an awards contender ahead of its wide opening next weekend. 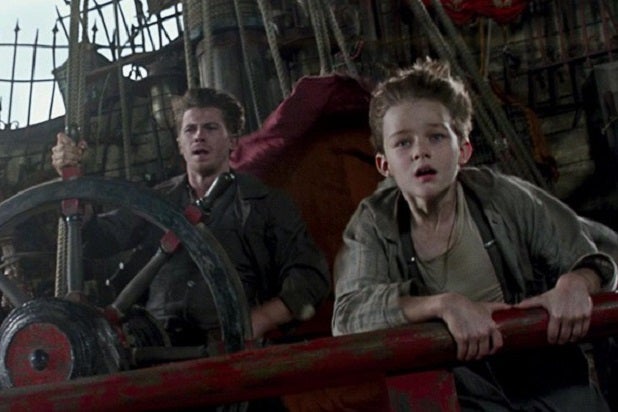 “Pan” opened No. 1 in Mexico on Friday, and was near the top in Germany, Russia and several Asian nations, but the soft domestic debut isn’t going to help the overseas run. Envisioned as a franchise-launching summer tentpole and originally scheduled for July release, “Pan” took in $4.1 million overseas Friday.

“Pan” received a “B+” CinemaScore, which is better than what most critics gave the film, which is at a dismal 21 percent positive on Rotten Tomatoes. That’s well below that of other new releases “The Walk” (86 percent) and “Steve Jobs” (89 percent).

The miss won’t help the bottom line or awards hopes of “The Walk” or its director, Robert Zemeckis. The thriller starring Joseph Gordon-Levitt as aerialist Philippe Petit is on pace for $3.7 million in its first weekend of wide release after taking in just $1.1 million million on Friday. The budget on the film from ImageMovers, Mel’s Cite du Cinema and SPE was $35 million.

Sony executives may regret their rollout strategy for “The Walk,” which eschewed a platform release, designed to build buzz in limited engagements on the coasts, for an exclusive run on IMAX and Premium Large Format screens, as Universal did last month with the mountain-climbing tale “Everest.”

Also Read: Why Early IMAX Runs for 'Everest' and 'The Walk' Could Be Hollywood Game-Changers

The PG-rated “The Walk” took in less than $2 million last weekend on the giant screens after getting a lot of media attention and positive buzz headlining the New York Film Festival the previous week. It’s on pace for a combined two-week total of under $10 million, not the start that Sony was looking for.

“The Intern” looks to finish in fourth with roughly $9 million in its third weekend for Warner Bros. Lionsgate’s drug war thriller “Sicaro” was next and pacing for a $7 million fourth weekend, with Fox’s teen sci-fi saga “Maze Runner: The Scorch Trials” in sixth and looking at $5.2 million in its fourth week.

Broad Green expanded “99 Homes,” the R-rated thriller starring Andrew Garfield, Michael Shannon and Laura Dern, from 19 theaters to 679, and it took in $689,000. That puts it on pace for a little over $1 million this weekend.

“Ladrones,” featuring Latin stars Fernando Colunga and Eduardo Yáñez, grossed $476,000 in 375 locations for Lionsgate’s Pantelion Films, a joint venture with Televisa. It’s headed for a $1.5 million three-day total and received an “A” CinemaScore.