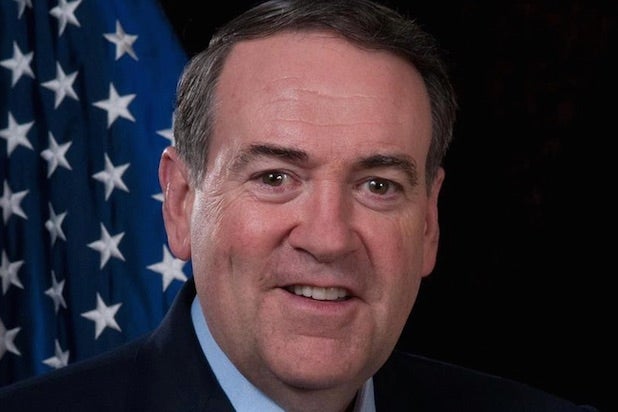 Josh Duggar, the “19 Kids & Counting” star who has found himself mired in child molestation accusations this week, has at least one supporter in his corner — former Arkansas governor and Republican presidential candidate Mike Huckabee.

Following Duggar’s admission Thursday that he had “acted inexcusably” as “a young teenager,” Huckabee offered a message of support for Duggar on Friday, writing on his Facebook page, “Good people make mistakes.”

Huckabee began his message by asserting that he and his wife, Janet, “want to affirm our support for the Duggar family. Josh’s actions when he was an underage teen are as he described them himself, ‘inexcusable,’ but that doesn’t mean ‘unforgivable.'”

He added, “No purpose whatsoever is served by those who are now trying to discredit Josh or his family by sensationalizing the story. Good people make mistakes and do regrettable and even disgusting things.”

TLC’s “19 Kids & Counting” centers on the Arkansas-based Duggar family, which includes parents Jim Bob and Michelle Duggar and their 19 children.

According to TMZ. Josh Duggard was accused of molesting five underage girls, including some of his sisters, in 2002 and 2003. In Touch Weekly, which broke the story earlier this week, reported that Duggar’s father had brought Josh to the Arkansas State Police, saying that he learned his son had engaged in inappropriate behavior after catching him leaving a young girl’s bedroom.

On Thursday, Duggar resigned from his post with the Family Research Council. He had served as   executive director of the organization’s legislative affiliate FRC Action.

TLC currently has no comment about the accusations against Duggar. 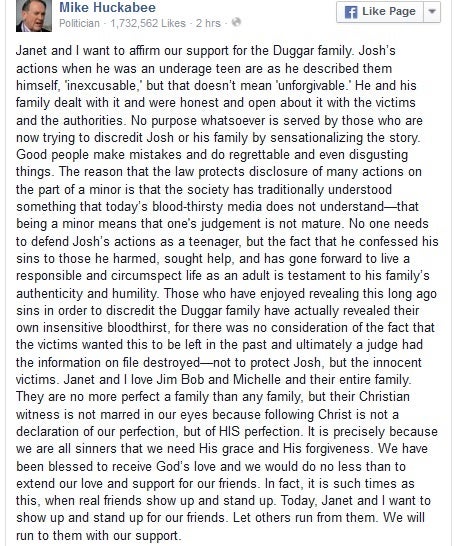