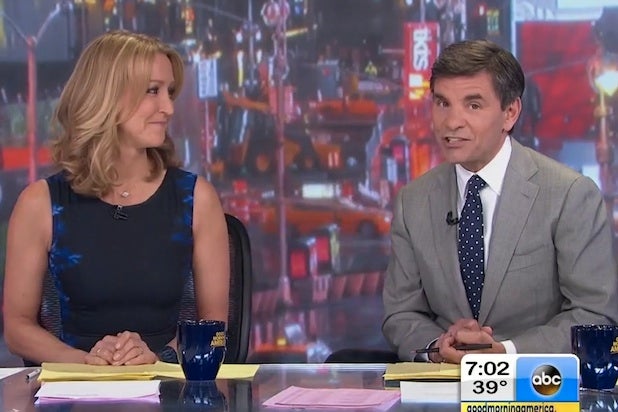 “It has been a great run with you here on ‘GMA,'” co-anchor George Stephanopoulos announced. “We’re very happy you’re going to be pursuing your passion.”

Elliot’s contract negotiations with ABC News broke down over the weekend, as it was announced that Elliot would leave ABC to join NBC Sports. He was away from the show Monday on a pre-planned vacation day.

“He is going back to his roots,” Stephanopoulos continued, with co-anchor Lara Spencer adding that Elliot will be doing what he does “so well.”

“We will miss you very much though,” Spencer said. “He’s our buddy and we love him very much.”

Elliott’s departure leaves Stephanopoulos as the only male anchor on the morning news program. Elliott congratulated Robach on Twitter.

Congratulations to @arobach–a most deserving colleague and a dear, dear friend. @GMA will be the better for your presence, Amy. #proudpal