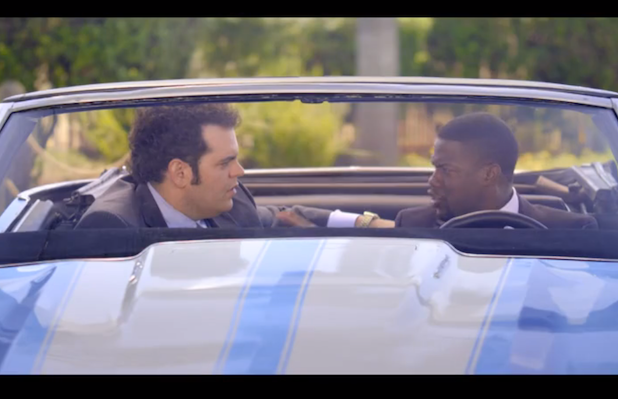 Screen Gems and Miramax Films have released the first trailer for “The Wedding Ringer,” which stars Kevin Hart and Josh Gad.

Jeremy Garelick directed the comedy, which finds Gad paying Hart to serve as the best man in his wedding to “The Big Bang Theory” star Kaley Cuoco.

“The Wedding Ringer” has been testing through the roof and is expected to do wonders for Garelick’s career. He co-wrote the script with Jay Lavender, while Hart’s frequent collaborator Will Packer produced the film with Adam Fields.

Screen Gems will release the film on Jan. 16, 2015 — just in time for the Martin Luther King Jr. holiday that helped give Hart’s “Ride Along” a boost at the box office.

Watch the trailer below to find out what the cast of “Goonies” might look like if they grew up to become rapists (and yes, that’s an actual joke in the movie).