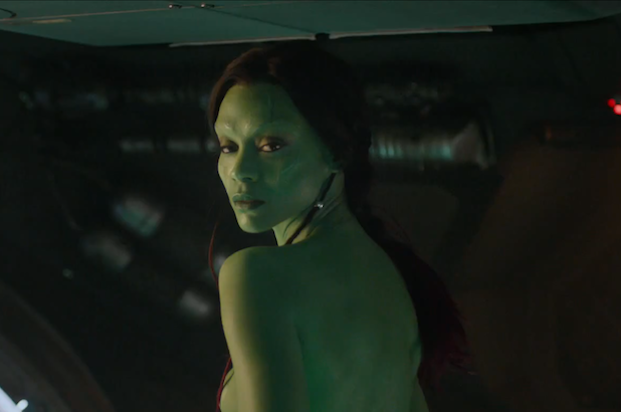 Is Zoe Saldana the most dangerous woman in the universe? You bet she is -- as Gamora, doing an over-the-shoulder. 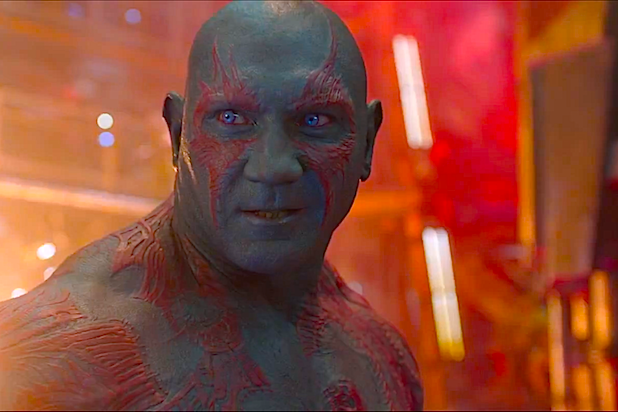 Dave Bautista as Drax the Destroyer at rest ... 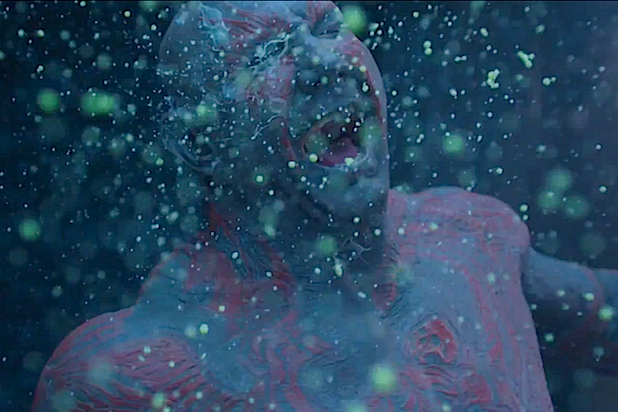 ... and in action, splattering some bad guys. 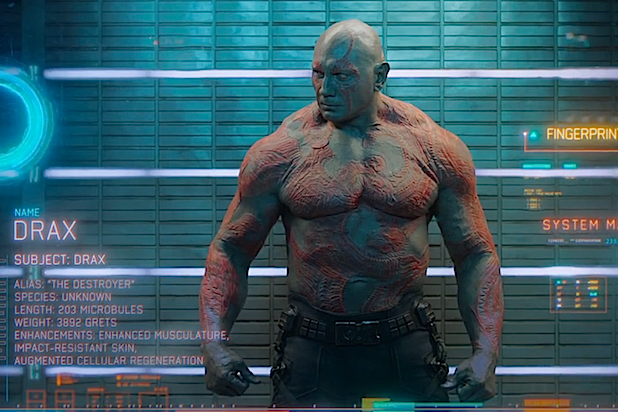 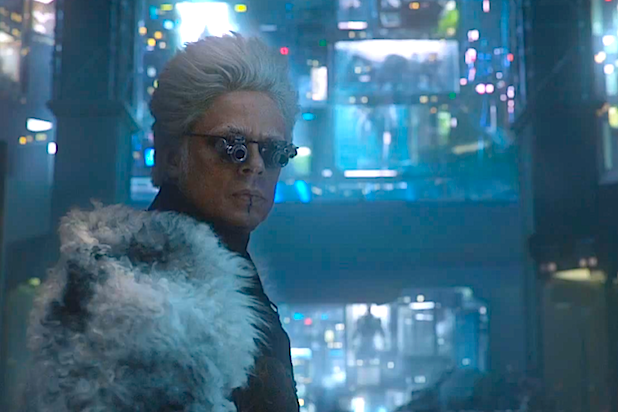 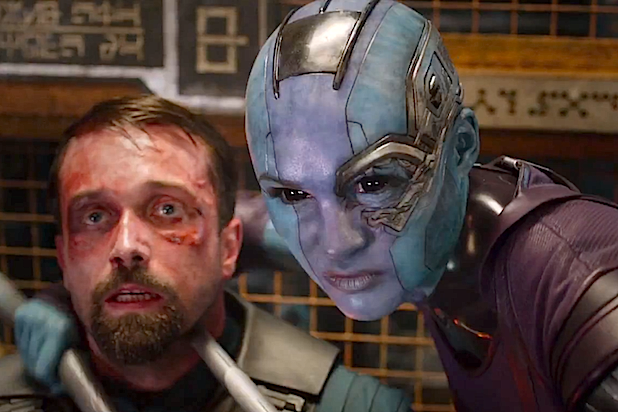 Here's a close-up of Karen Gillan ("Doctor Who") as you've never seen her before: bald, bluish and menacing as the space pirate/mercenary Nebula. 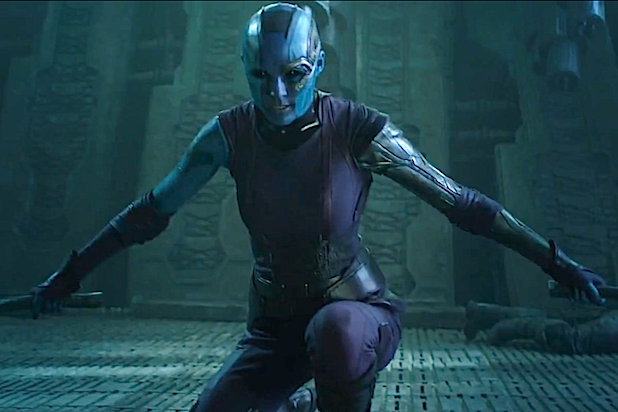 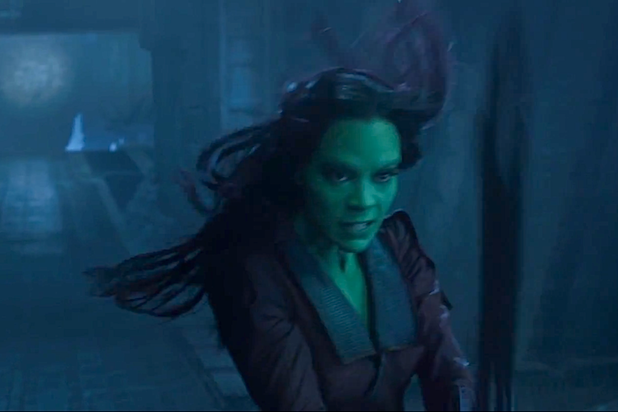 ... Gamora, daughter of Thanos, at some point. 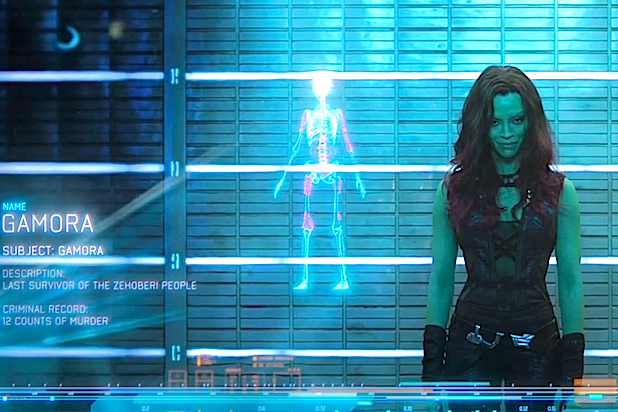 Speaking of the most dangerous woman in the universe, here's Gamora in her moment of captivity. 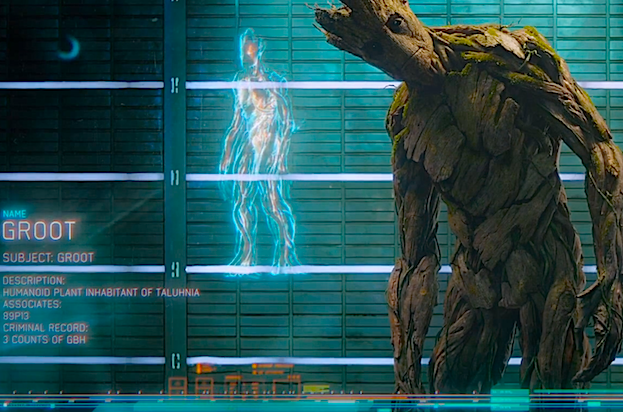 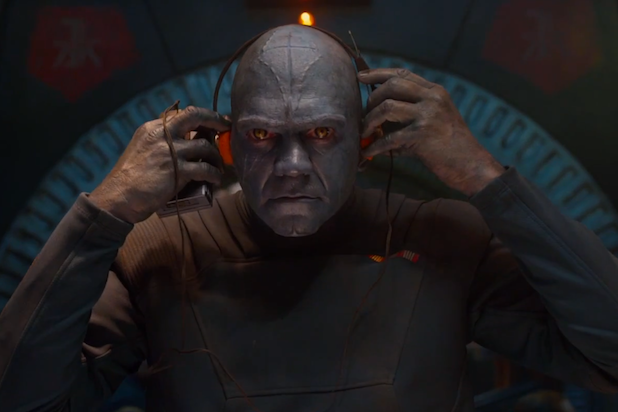 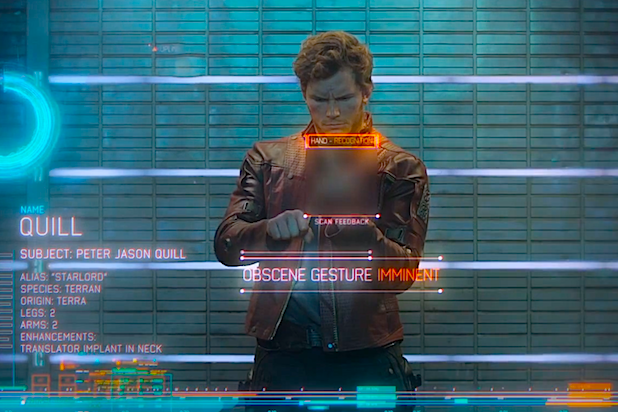 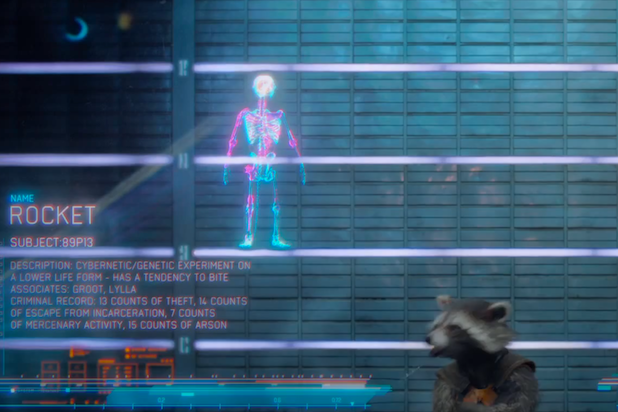 Also with a message of disrespect, the irascible raccoon Rocket. 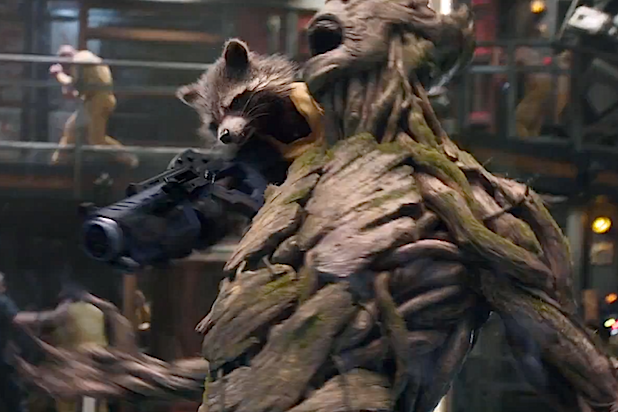 And here's Rocket taking a homicidal ride on his "personal houseplant," Groot. 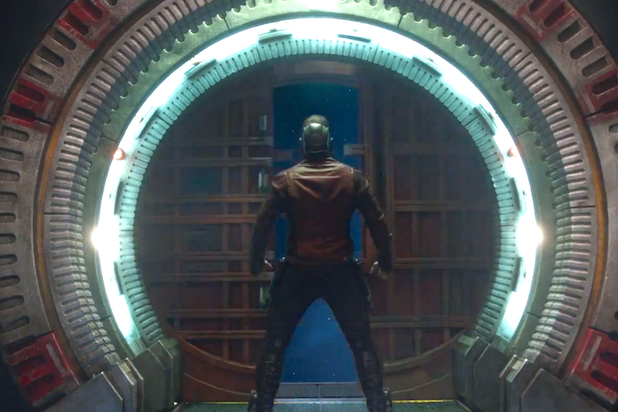 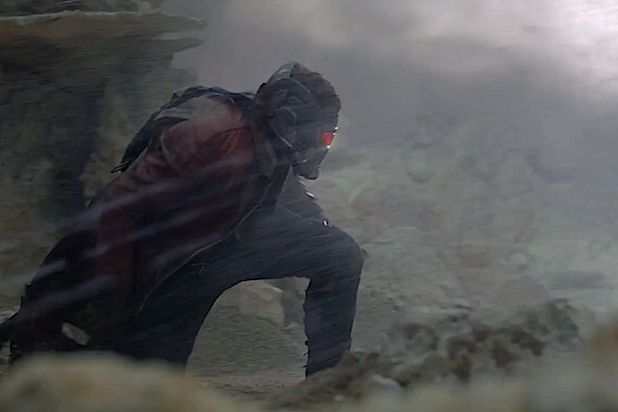 ... and battling the elements. 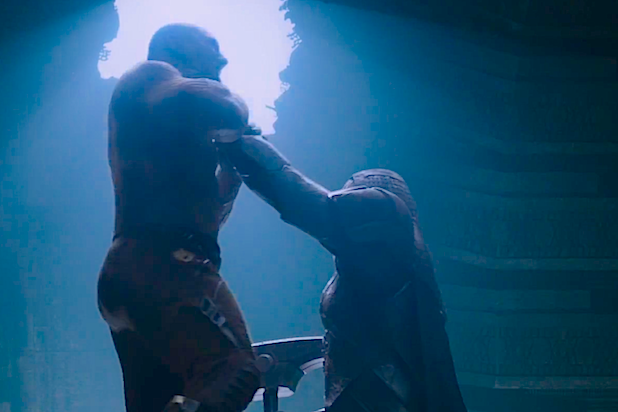 Also battling: Ronan the Accuser (right, in his only appearance, just a few frames), giving Drax a bit of a difficult time.