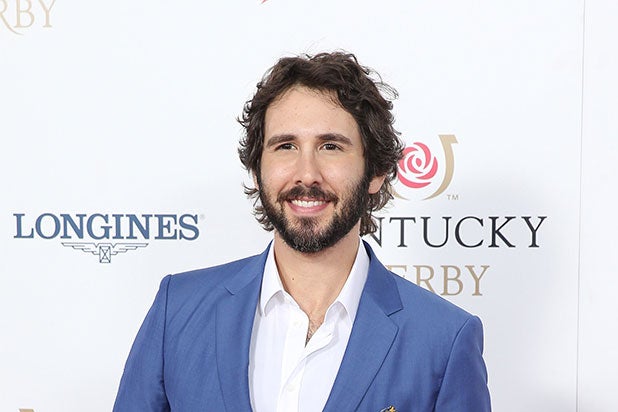 Josh Groban will make his Broadway debut in September 2016 in the new musical “Natasha, Pierre and the Great Comet of 1812,” producers announced Monday.

The pop opera, which premiered Off Off Broadway in 2012, is an adaptation of about 70 pages of Tolstoy’s “War and Peace” created by Dave Malloy. Groban, a Grammy nominee, will play a dissolute Moscow aristocrat named Pierre who’s drawn into the drama surrounding a too-easily corrupted young countess, Natasha.

Rachel Chavkin will direct the Broadway production as she has previous versions. Howard & Janet Kagan and Paula Marie Black will produce.

“The Great Comet” is currently playing a limited engagement at the American Repertory Theater in Cambridge, Massachusetts, where its innovative design has been expanded to bring the show’s signature intimate dinner-theater-style staging to a traditional proscenium-style theater.

Casting is by Stewart/Whitley. Additional casting, design team, ticketing info and theater will be announced at a later date.

“I’m honored and excited to join ‘The Great Comet’ family as it lands on the Great White Way,” Groban said in a statement. “I’ve admired this brilliant piece of work and its creators for a long time. It’s an imaginative and immersive show and a role that is fascinating to me on many levels.”

Originally commissioned and developed at Ars Nova in New York City, the show premiered in 2012 and soon transferred to a custom-built venue in Manhattan’s Meatpacking District for the summer of 2013. The entire venue was transferred to the Theater District, where it continued its run into the spring of 2014.