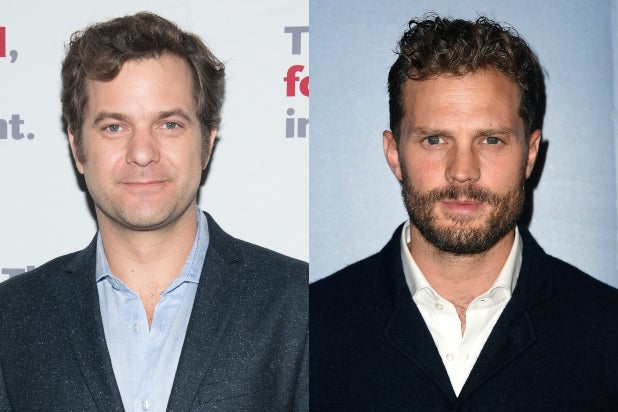 Jamie Dornan is no longer Dr. Death. The “Fifty Shades of Grey” actor has dropped out of Peacock’s adaptation of the Wondery podcast, where he was set to play the title character, Dr. Christopher Duntsch. Joshua Jackson will now take on the lead role.

Dornan is no longer able to participate due to the delays caused by the coronavirus pandemic. “Dr. Death” is slated to begin production this fall.

Jackson joins Alec Baldwin and Christian Slater on the series. Here is the official description from UCP:

“Dr. Death” is based on the true story of Dr. Christopher Duntsch, a rising star in the Dallas medical community. Young, charismatic and ostensibly brilliant, Dr. Duntsch was building a flourishing neurosurgery practice when everything suddenly changed. Patients entered his operating room for complex but routine spinal surgeries and left permanently maimed or dead. As victims piled up, two fellow surgeons and a young assistant district attorney set out to stop him. “Dr. Death” explores the twisted mind of a sociopath and the gross negligence of the system designed to protect the most defenseless among us.

Baldwin will play the neurosurgeon Robert Henderson, described as “quiet, deliberative and methodical, Robert believes wholeheartedly both in the system in which he rose through the ranks and that anything worth doing shouldn’t be rushed. It should be gotten right.” Slater will portray vascular surgeon Randall Kirby, who is described as the polar opposite of Henderson: “brash, impulsive and more than willing to burn that system to the ground in the name of justice.”

Patrick Macmanus will serve as showrunner and executive producer, alongside Todd Black, Jason Blumenthal, Steve Tisch and Taylor Latham from Escape Artists, as well as Hernan Lopez and Marshall Lewy of Wondery. Maggie Kiley, Jennifer Morrison and So Yong Kim will direct.

Canceled, Recast, Reshot: 6 Times an Actor Accused of Wrongdoing Was Totally Erased From a Film (Photos)