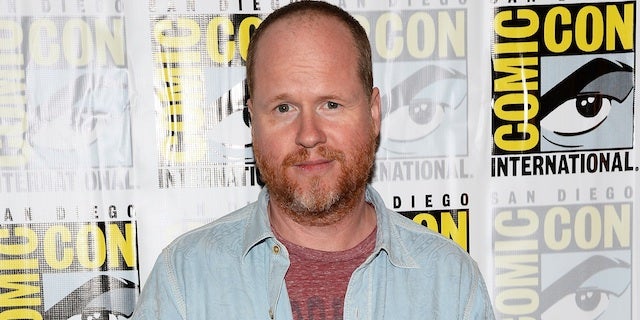 Joss Whedon thinks it's high time we marvel at those who can't fly or break through walls unscathed.

His new series for ABC, "Marvel's Agents of S.H.I.E.L.D.," which premieres Sept. 24 at 8/7c, shines a light on characters from "The Avengers" universe that don't have the advantage of super powers.

"I have to make sure that I don't overstep," Whedon said of planning the ABC series so that it doesn't interfere with the "The Avengers" movie franchise. "At the same time, it's such a different mandate in terms of where we are in the Marvel universe."

"'The Avengers' are the epicenter," he continued. "This is the peripheral. These are the people that don't get the big hammers or the gamma radiation and deal with things on the human scale."

"Marvel's Agents of S.H.I.E.L.D." resurrects Agent Coulson (Clark Gregg) and charges him with forming a new S.H.I.E.L.D. team dedicated to smoothing out the ruptures between those with super powers and average citizens.

Whedon believes society is moving beyond its "superhero envy" and looks at recent economic movements and government controversies as proof.

"I think economically and even in the zeitgeist, people are feeling left behind. And someone who represents the underdog — now, obviously we're talking about an underdog who works with a government agency, but that allows us to deal with [government], as well."

"We don’t' want to trivialize it," he added. "We don't want to do an episode in which we solve the NSA. But, we can bring up the feelings we have of disenfranchisement or paranoia or justifiable things that are going on in society."

In bringing back Coulson for the ABC show, Whedon apparently goes against his reputation of killing off beloved characters. In his defense, the writer/producer/director points to one of his earliest jobs as proof that Coulson isn't the only resurrection on his record.

"I have brought people back for a long time. One of my first jobs was bringing Ripley back, but do people remember that?" he said jokingly about writing the fourth installment of the "Alien" franchise, 1997's "Alien Resurection," in which he brought back Sigourney Weaver's iconic character.

Ultimately, he does recognize that he has taken out many characters over his Hollywood career. "It's nice for a change," he said of bringing back Coulson.

Whedon has become a star of the annual San Diego Comic-Con through his work with festival darlings, including "Buffy the Vampire Slayer," "Firefly," and "The Avengers." But, being dubbed the "King of Comic-Con" does have its drawbacks.