Sorry fanboys, Joss Whedon had no updates to give about "The Avengers."

"This is purely a ‘Glee’ call," he said Friday morning on Fox’s conference call to discuss the May 18 episode of the show, which he directed. Called "Dream On," it features guest stars Neil Patrick Harris, Idina Menzel and Molly Shannon. 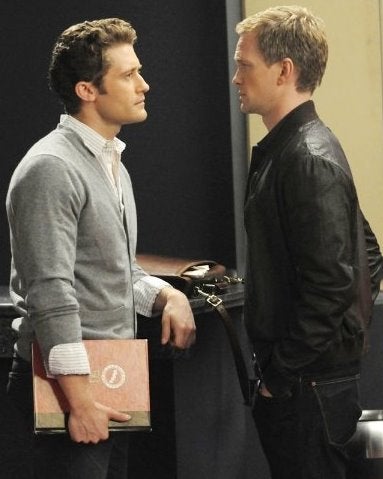 Asked how it felt to direct someone else’s show, Whedon said, "It helps if the show is unutterably wonderful — that takes a lot of the pressure off.

"It’s a little tricky. You’re living in someone else’s house and you have to make sure you fulfill their needs. But it takes a little of the burden off you … you just take what they give you and make sure you’re servicing it the best you can.

"Having said that," Whedon continued, "’Glee" is probably harder to shoot than any other show in recorded history, with all the different elements going on. It’s a different kind of challenge, but also enormous fun."

Whedon, whose big break came with high school-set "Buffy the Vampire Slayer," said he didn’t think he’s been "pigeonholed" as someone who only does high school shows, but he likes them. "They tap into something very primal. When they have elements that take it to the next level, whether supernatural or musical, it completely jazzes me. And to work with a troup of people who are still young and fresh, you can’t beat that."

The "Dream On" episode reunites Whedon with his "Dr. Horrible’s Sing-Along Blog" star Harris, who plays the nemesis of Mr. Schuester (Matthew Morrison). In fact, the two musical theater pros sang one of their big numbers live, not lip-synched as is common on the show.

"I am so tired of that guy," Whedon joked about Harris. "Why do they always make me direct Neil?" He then went on to praise the actor as "a constant pro," "always cooperative and imaginative," and called him "a muse."

In fact, Whedon said, his only complaints about "Glee" were that "I wanted to shoot even more of the kids than I got to. That and certain craft services issues about not having caviar."

Seriously, Whedon talked about the core of his episode. "The idea of it, being ‘Dream On,’ let’s take the things that are at the core of what people are: Will’s desire to perform and what he may have given up; Rachel and who her real mother was; Artie, wondering if he’ll ever get out of the wheelchair. These are very hard personal things that they don’t necessarily talk about with other people.

"That added a real coherence to the episode that brought them all together on an emotional level," he added. "For me, it was making sure the stories all dovetailed and came together, and you understand why these three stories are together in this one show."

Asked if there were other shows he liked that he wants to direct, Whedon said bluntly, "I don’t want to direct the shows that I’m a fan of anymore" because it just opens him up to "a slew of spoilers, and quite frankly it’s not fair.

"After ‘Glee,’ ‘Friday Night Lights’ is probably the show that blows me away the most. But I definitely don’t want to direct one of those because I’m still on season two!"