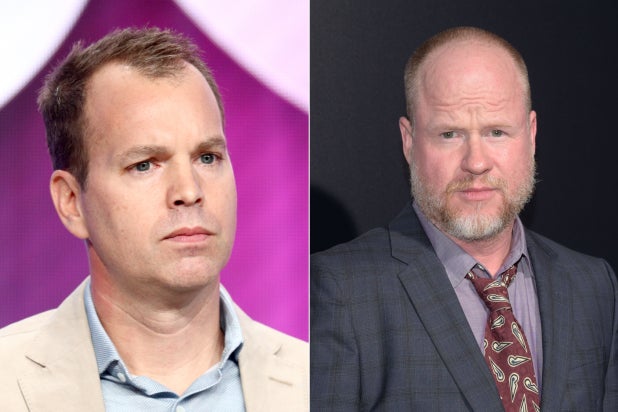 Calling all Whedonverse fans, we have a status update on your leader’s next big project

And here is what he had to say: “We just started. [Joss] has been writing. It’s very exciting. He’s great to work with. We’ve just started talking about names, starting auditions, things like that. So we’re just starting.”

“The Nevers” is described as an epic science fiction drama about a gang of Victorian women who find themselves with unusual abilities, relentless enemies, and are on a mission that might change the world.

Whedon will serve as writer, showrunner and executive producer, the first TV series he will helm since Fox’s short-lived “Dollhouse” in 2009-2010.

“We have long been fans of the incredibly talented and prolific Joss Whedon and we can’t think of a better project than ‘The Nevers’ with which to welcome him to the HBO family,” Bloys said in a statement when the series was ordered. “We look forward to meeting the strange, multifaceted characters of ‘The Nevers,’ to learn their stories, see them in action and share them with our viewers. We’re honored that Joss chose HBO as the place to build his ambitious new world and we are excited to get started.”

Also Read: Casey Bloys Says 'Probably No' to Taking on Joss Whedon's 'Buffy' Reboot in Addition to 'The Nevers'

“I honestly couldn’t be more excited,” Whedon added. “‘The Nevers’ is maybe the most ambitious narrative I’ve created, and I can’t imagine a better home for it than HBO. Not only are they the masters of cinematic long-form, but their instant understanding of my odd, intimate epic was as emotional as it was incisive. It’s been too long since I created an entirely new fictional world, and the HBO team offer not just scope and experience, not just ‘prestige,’ but a passionate collaboration. I could go on, but – I’m impatiently grateful to say – I have work to do.”

On the small screen, Whedon is most known for helming “Buffy the Vampire Slayer,” its spinoff “Angel” and “Firefly.” He was also among the major creative forces for Marvel’s big screen Cinematic Universe, directing both “The Avengers” and its sequel, “Avengers: Age of Ultron.” He also helped the MCU expand to television, directing the pilot for ABC’s “Agents of S.H.I.E.L.D.”

Whedon is currently helming “The Nevers” for HBO and has a female detective comedy series in the works at Freeform. He is also executive producing the “Buffy” reboot, which will be written by “Midnight, Texas” creator Monica Owusu-Breen.