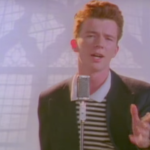 Also Read:
‘Never Gonna Give You Up’ Rick-Rolls Past 1 Billion YouTube Views

Gill also bizarrely doubled down on the take with a (also now erased) follow up tweet that said, “to clarify, children means under 18. I’m talking about 14/15/16 year olds.”

Gill later tweeted a defense of her comments and said her suggestion was “Obviously not an actual solution.” She also begged people to let the whole issue go, which is pretty unlikely since nothing on the internet ever truly dies.

“Apropos of nothing I really think if someone quickly deletes a tweet, it shouldn’t be screenshotted and shared like… just let it die, you know? no? no one else agree?” Gill said. 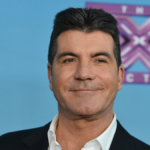 In addition to her career as a journalist, Gill has been a relatively known figure in British society for a while, being that she’s the daughter of Amber Rudd, a conservative member of British Parliament, Secretary of State and former Home Secretary for prior Prime Minister Theresa May. Rudd co-hosts “Split Opinion” with her daughter Gill, a gig the two started last July.

Check out some more reactions to Gill’s tweet below.