It’s not just public figures who have become targets of cancel culture; journalists and entire publications have been put on trial in the court of public opinion, said leading figures in journalism during a roundtable discussion organized by TheWrap.

The panel debated how two media institutions in particular — The New York Times and Le Monde — have struggled with reacting to public outcry over staff transgressions. In February, longtime Times reporter Donald McNeil Jr. was disciplined, and later resigned, after it was reported that he used the N-word on a student trip in 2019. Andy Mills, the audio producer behind the discredited “Caliphate” podcast, also resigned after sexual harassment allegations surfaced. Their departures left the Times newsroom “in chaos” over fears of cancel culture, as one report put it. 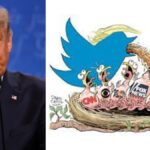 At Le Monde, the distinguished paper of record in France, editorial cartoonist Xavier Gorce resigned after the newspaper apologized for a cartoon he drew that shed light on a political sex abuse scandal. (The New York Times ended political cartoons in its global editions back in 2019 after scandal; they had previously been cut from the U.S. edition.)

“The issue with the New York Times is that they’re so reactive … and also really varied in their responses,” Banikarim said during TheWrap’s roundtable. “So someone will do something and they will come down really hard on that person, someone else will do something that seems worse, they’ll be like totally fine with that thing.”

“The culture is shifting around them,” she continued. “And like any sort of big organization that’s not very used to change, they’re just struggling to know what the right reaction is. And so they’re just making different reactions each time and it satisfies no one and it leaves the newsroom feeling like they don’t know what they’re supposed to do or not do.”

It’s a lack of consistent and clear policy in reacting to criticism that is fueling the chaos, Banikarim added.

“The decision to just eliminate editorial cartoons because you don’t like one of them is just like a super reactive sign that you’re just trying to put your finger into the hole as it opens up and hope that that’s like enough, right?” she said. “For an institution like the Times, they need to take a step back and ask themselves why they can’t just come up with a clear set of policies around what they want in their newsroom.”

Belton agreed it’s the responsibility of newsroom leaders to set the policies.

Waxman added that Le Monde’s apology over the cartoon was a cave into public pressure or “wavering on something pretty core.”

“Cancel culture, as we’re defining, is impacting media journalism and the journalistic institutions,” Waxman said, adding that “the warp and woof of social media” and “waves of outrage” from social media pose a danger to free speech.

Briard has experienced the extreme version of criticism; 12 of his Charlie Hebdo staffers were murdered in 2015 by Muslim extremists in part due to the newspaper’s cartoon depictions of the Islamic prophet Muhammad.

For Cagle, who leads a syndicate of cartoonists who have seen their work reduced in newspapers, the Times’ removal of editorial cartoons altogether was a “crazy, crazy overreaction.”

“You know, they’ve made stupid decisions about words they shouldn’t have printed in the past, they haven’t decided to stop printing words,” Cagle said. “I would much prefer that they stop printing words and print cartoons instead. That would leave a much more balanced publication.”

Watch their full conversation above. For more information about “Conversations on Cancel Culture,” a multimedia series by TheWrap, visit: thewrap.com/cancel-culture-series