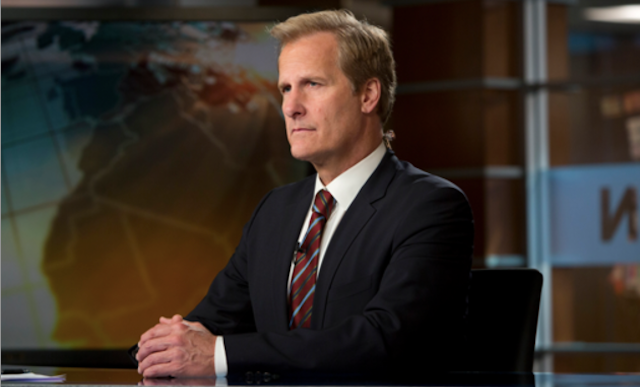 Season Two of Aaron Sorkin's "The Newsroom" premiered Sunday night to the now-standard slams from journalists across the Twittersphere.

While Dan Rather remains the show's biggest fan, resuming his reviews of the show for Gawker ("terrific," "one of the best shows on television"), most journalists have made a sport out of hate-watching the show and live-tweeting their responses.

"Newsroom" premiered to 2.6 million viewers; it is not known how many of them are journalists who watch the show because they hate it.

Sorry I stopped tweeting #newsroom last night. It put me to sleep. A sound sleep at that.

Didn't watch #Newsroom. I learned to love Danny Castellano and I'm not ready to hate him again.

I have no-one to blame but myself for spending an hour doing this. #TheNewsroom

How did Jane Fonda and Sam Waterston get mixed up in this? Like watching your grandparents get dragged into a rave.

Ok I've never retracked a spot through speakerphone 90 secs b4 air. Anybody done that? #Newsroom

@LukeRussert #Newsroom it was retracked live from Benihana not 90 seconds to air. And no one's ever done that!

Oh man. Time for the worst show ever. #shutupnewsroom

Words I have never once used: "Do the news" #shutupnewsroom

The Newsroom is delightfully horrible.