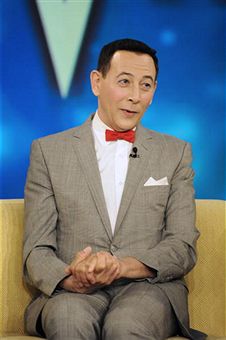 Pee-wee Herman's famous catchphrase is "I know you are, but what am I?"

The "Knocked Up" director's Apatow Productions is developing an untitled Pee-wee movie for Universal that Paul Reubens is writing with "I Love You, Beth Cooper" star Paul Rust, Apatow's publicist has confirmed to TheWrap.

The project is described as a road movie built around "a gigantic adventure," as opposed to the "Big Adventure" that Pee-wee embarked on with director Tim Burton in 1985. A special Los Angeles Film Festival screening of that cult classic sold out last Saturday at the Orpheum Theater.

I remember watching Pee-wee as a kid on TV, but his sense of humor struck me as a little strange, even back then. That said, I have plenty of twenty-something friends who love the character, so perhaps Apatow and Universal are onto something by bringing Pee-wee back to the big screen.

Apatow sparked to the idea of a Pee-wee picture after seeing Reubens' recent "Pee-wee Herman Show" revival at the Nokia Theater, which played to sold-out crowds earlier this year. The show is set for a 10-week stint on Broadway at the Stephen Sondheim Theater starting Oct. 26. 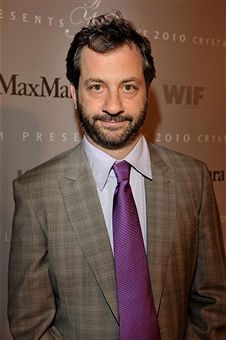 Reubens first introduced the kooky character in the late '70s and early '80s, when he was a member of the Groundlings comedy troupe. The character rose to prominence thanks to an HBO special and numerous appearances on "Late Night With David Letterman." Pee-wee's popularity peaked with the CBS Saturday morning show "Pee-wee's Playhouse," which aired from 1986-1990.

A year later, Reubens was arrested for indecent exposure in Florida. His career never quite recovered, though Reubens did co-star in "Buffy the Vampire Slayer," "Mystery Men" and "Blow." Now, it looks like Reubens' resurrection is complete.

The actor will next be seen in Todd Solondz's acclaimed dramedy "Life Before Wartime." He has David O. Russell's "Nailed" in the can awaiting release, and he's currently voicing Jokey Smurf in Columbia's live-action/animation hybrid "The Smurfs."

Apatow is attached to produce Columbia's "Ghostbusters 3," the Paul Rudd-Jennifer Aniston comedy "Wanderlust" and an untitled bridesmaids comedy that is currently in production, but he still hasn't chosen his directorial follow-up to the unfairly maligned dramedy "Funny People."