“The Judds: The Final Tour” is moving forward later this summer without Naomi Judd, who died last month, with Wynonna Judd tapping fellow country stars Martina McBride, Faith Hill and others to support the 11-stop tour.

“I am humbled, once again, by the loyalty of the fans who have been with us for 38+ years, who continue to show up for me when I need them the most.  I am grateful that we will continue to honor The Judds legacy, together,” Wynonna Judd said in a statement.

Naomi Judd took her own life late last month, according to her daughter Ashley, who spoke of her mother’s death last week on “Good Morning America.” “The Judds: The Final Tour” had been in the works with the classic mother-daughter duo Naomi and Wynonna prior to the former’s death. 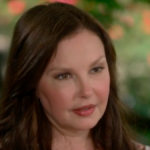 The tour added a final stop at the Rupp Arena in Lexington, Kentucky, near the Judds’ hometown. Hill will join Wynonna Judd onstage to support the final tour stop. Throughout the tour, country stars like Brandi Carlile, Little Big Town and Trisha Yearwood will be joining.

Tour dates are below: