A federal judge for the Central District of California has dismissed a lawsuit alleging that the cover of Nirvana’s 1991 breakthrough album “Nevermind” amounts to child pornography.

However, Judge Fernando M. Olguin said in court documents obtained by TheWrap that the suit is dismissed “with leave to amend” and that the plaintiff, Spencer Elden, has 10 days to try again.

“In accordance with the court’s order we will be filing a Second Amended Complaint very soon,” Elden’s attorney, Robert Lewis, said in a statement Tuesday to TheWrap. “We are confident that we will be allowed to move forward with the case. 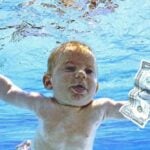 On Dec. 22, representatives for the defendants filed a motion to dismiss. The filing said, “Elden has spent three decades profiting from his celebrity as the self-anointed ‘Nirvana Baby,'” and noted that the statute of limitations for any such complaint has long since passed. The filing also strongly disputed the claim that the image is in any way sexually exploitative.

However, Olguin dismissed the case “with leave to amend,” and has given Elden until Jan. 13 to file a second amended complaint. “Failure to timely file a Second Amended Complaint shall result in this action being dismissed without prejudice for failure to prosecute and/or failure to comply with a court order,” Olguin said.

If Elden complies with this directive, the defendants will have until Jan. 27 to reply.