The judge hearing Johnny Depp’s defamation case on Tuesday rejected a motion to dismiss the case, which defendant Amber Heard’s lawyers pressed by arguing, among other things, that she was not responsible for writing the headline of her Washington Post op-ed at the center of the trial.

Heard’s lawyers argued that the op-ed – in which Heard claimed to speak for victims of domestic abuse – was not overtly targeted at Depp, and that the headline (which Depp’s lawyers had referenced throughout the trial) was not written by the “Aquaman” actress. 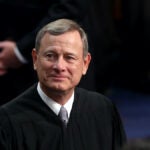 With not so much as a pause, she said that regards to the “motion to strike at this juncture, I find the evidence most favorable to the plaintiff,” adding that “the weight of that evidence is up to the fact-finders.” She said she had taken another dismissal motion, regarding a Heard tweet, under advisement for now – but that the trial would go on as planned. Expert testimony continued after the lunch recess.

Earlier Tuesday, a nurse trained in addiction and mental health testified that Amber Heard disclosed to her a history of “anxiety, eating disorder, ADD, bipolar disorder, codependence issues and insomnia” while working with the “Aquaman” actress beginning in 2014.

Erin Falati told jurors in Jonny Depp’s defamation case against his ex-wife about her work with Heard in a pre-recorded video deposition shown Tuesday in court. Referencing her nursing notes, Falati also said Heard spoke about how her mother and father suffered with drug addiction, “stimulants, methamphetamine, opioids, and alcohol.”

Faulty said she had a vague memory of discussing codependence issues within Heard’s previous relationships, but her nursing notes revealed, “She’s nervous about being alone while [Depp] is working on movie set in London and expressed, she has difficulty dealing with feelings of insecurity and jealousy when not in the presence of her husband.”

Heard expressed confusion about a conversation she had with Depp: Falati wrote about the conversation in her nursing notes which read, “Fiancé would like her to decrease/eliminate acting career and stay home.”

Following the trip to Australia where Depp’s finger was severed in a fight with Heard, Dr. David Kipper, who worked for the “Pirates” actor, emailed Falati saying Depp was returning but didn’t want Heard to visit for several days so Depp could find a hand surgeon and balance his medication. The couple’s treatment team decided the two shouldn’t be around each other.

Falati also testified about Heard’s drug use while at Coachella in May 2016. Her notes revealed Heard took mushrooms and MDMA, or Ecstasy. “RN reminded client that illicit drug use will not be tolerated by medical staff and that any medications or drugs that are not prescribed can interfere and cause adverse effects with her medication.” Falati’s notes revealed that Heard “laughed and also reported using illicit drugs.”

On May 21, 2016, Heard texted Falati several pictures of her face with bruises near her cheek and eye. Falati wrote in her notes the next day that Heard had a bloody lip. Falati wrote in her notes, “Client also states that her head is bruised and that she had lost clumps of hair in altercation.” Falati told the court she examined Heard and didn’t see any marks on her Head and advised Heard to be seen by a doctor.

Heard is expected to take the stand and testify this week.