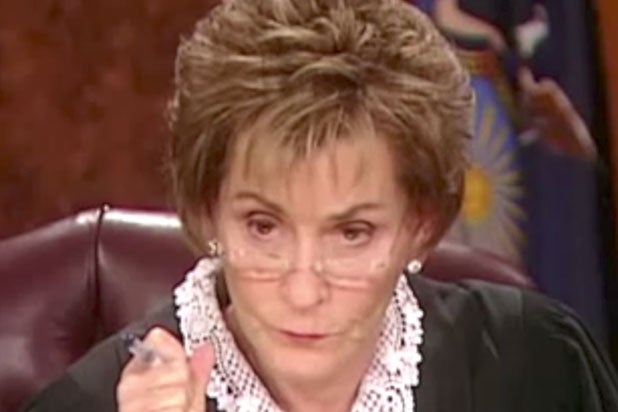 It is now a matter of legal record — Judge Judy’s big-bucks payday is legit.

CBS enjoyed a legal victory this week when a judge determined that Judy Sheindlin’s salary is being paid in good faith.

The ruling stems from a lawsuit filed by Rebel Entertainment Partners against CBS Studios, CBS Corporation and Big Ticket Television. In the lawsuit, filed in 2016, Rebel contended that an agreement was struck in which Rebel’s predecessor-in-interest would receive 5 percent of the net profits from “Judge Judy.” The suit claimed that, by more than doubling Sheindlin’s compensation to $45 million in 2009, the defendants wiped out Rebel’s net profits.

However, a ruling handed down this week in Los Angeles Superior Court found that Sheindlin came by her salary fair and square.

The ruling partially granted the defendants’ motion for summary adjudication, finding that Sheindlin’s salary legitimately falls under costs of production for the show, and that CBS and Big Ticket have established that her salary is being paid “in good faith, on a reasonable basis, and consistent in the United States television industry.”

CBS isn’t completely out of the woods, however. The lawsuit also contends that Rebel has been denied profits from the “Judge Judy” offshoot “Hot Bench,” and the ruling leaves that aspect of the case in play.

“The Court cannot conclude as a matter of law that ‘Hot Bench’ is not an ‘episodic television series’ which is ‘based on or derived from’ ‘Judge Judy,'” the ruling reads.

Nonetheless, a CBS spokesperson told TheWrap on Thursday that the company is “pleased” with this week’s ruling, adding, “we look forward to defending against the balance of the claims.”

Rebel’s attorney, Bryan Freedman, told TheWrap that the deicison regarding Sheindlin’s salary was a “reversible error” that “will be decided by the court of appeal.”

“The ruling which granted a part and denied a part the motion does not affect the trial in this matter. All 3 causes of action are proceeding to trial and we look forward to prevailing in front of a jury. As for admitting and then disregarding the uncontroverted expert opinion evidence that frontloading the 45 million dollar salary of Ms. Sheindlin was not consistent with industry custom and practice, the court committed reversible error. That issue will be decided by the court of appeal.”