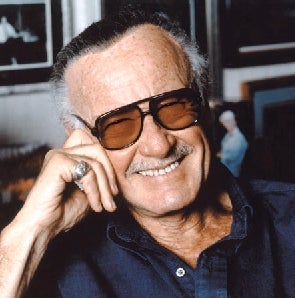 A $750 million suit against "Spiderman" creator Stan Lee and Marvel Entertainment over rights to some of the comic company’s most iconic characters was dismissed on Monday by a Manhattan federal judge.

Filed in January 2009 on behalf of four shareholders in Lee’s former Internet company Stan Lee Media, the suit alleged that investors in the comic book artist’s failed new media venture had partial ownership of some of the more lucrative franchises he had created during his time at Marvel. It claimed that Lee’s decision to transfer ownership of characters such as the X-Men and the Fantastic Four to Marvel in 1998, entitled them to a share of the profits derived from the superheroes’ print and big screen projects.

Following the burst of the dot-com bubble and an investigation into securities fraud brought against the company’s co-founder Peter Paul, Stan Lee Media filed for bankruptcy protection in 2001.

An attorney for the plaintiffs did not immediately return calls for comment, but Marvel, which was bought by the Walt Disney Company in August for over $4 billion, hailed the court’s decision.

"From Marvel’s perspective, these claims were wholly without merit and we are delighted the judge finally brought the hammer down," David Fleischer, an attorney for Marvel, told TheWrap.

In his ruling, U.S. District Judge Paul Crotty rejected the shareholder’s claims, noting that two of the people involved in the suit, Jose Abadin and Christopher Belland, purchased shares in 1999, a year after Lee transferred rights to Marvel. Citing statute of limitations, Crotty contended that the plaintiffs had waited too long to file suit against Lee more than a decade after he sold the rights to the characters in question.

Legal skirmishes related to Lee, aren’t the only copyright headache that Marvel is currently facing. The children of Jack Kirby, who along with Lee created many of the comic company’s most enduring costumed heroes, are currently trying to regain ownership of characters such as Iron Man and The Incredible Hulk. That one, potentially worth tens of millions of dollars, is still winding its way through a series of suits and countersuits.