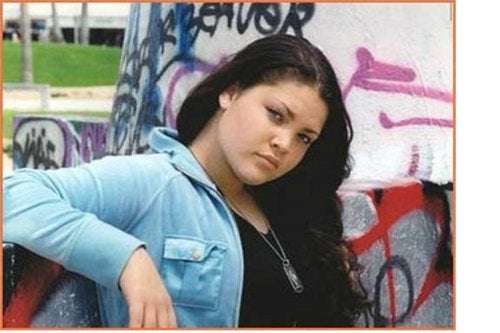 At Wednesday’s pre-trial hearing in Superior Court, attorney Michael Adelson had requested a two-month continuance of the oft-delayed trial, based on the recent introduction of DNA evidence by the D.A.’s office, and because of a scheduling conflict.

When asked by TheWrap if the recent FBI report criticizing the Inglewood Police Dept., which investigated some of the alleged crimes, had anything to do with the delay, Adelson said it didn’t.

Jones, 31, allegedly went on a two-day shooting spree with a partner, Damien Watts, beginning Oct. 20, 2005, reportedly as part of a gang war. Among the two people killed during three incidents in South L.A. and Inglewood was Correa-McMullen, who had a recurring role as troubled gang member Graciela Reyes on TV’s “Judging Amy.” She had also appeared in the 2005 Martin Lawrence comedy, “Rebound.”

Correa-McMullen, 16, was talking to a group of people outside an Inglewood apartment building when Watts and Jones allegedly opened fired.

Adelson told Judge Perry that while Jones admits being present at the crime scenes, he denies committing the murders. The planned introduction of DNA evidence by Deputy D.A. Lindley Heher seemed to come as a surprise to Perry.

Adelson claimed that Watts wrapped his murder weapon, an automatic rifle, in a shirt belonging to Jones, possibly suggesting that was the DNA’s source.

Last year  Perry sentenced Watts to 13 consecutive life prison terms. Besides accusations of murder, attempted murder and robbery while in the furtherance of gang activities during the shooting spree, Jones’ 12-count indictment includes an unrelated murder that he allegedly committed earlier that month.

At the brief hearing’s close, Perry turned to Jones, a relaxed-looking man dressed in county blues.

“Yes your Honor?” Jones answered in a soft voice.

“We’ve had these conversations before about your right to a speedy trial, and you’ve told the court you don’t care if you ever have one. Is it agreeable that we postpone this hearing until March 30?”

“Yes, your Honor,” Jones replied with a smile. He asked Perry if he could briefly meet with his father, who was sitting in court, as he hadn’t seen him in three years.

Perry gently declined the request and Jones stood to return to the county lockup.

“Have a nice day, your Honor,” Jones said amiably. “See you next March.”