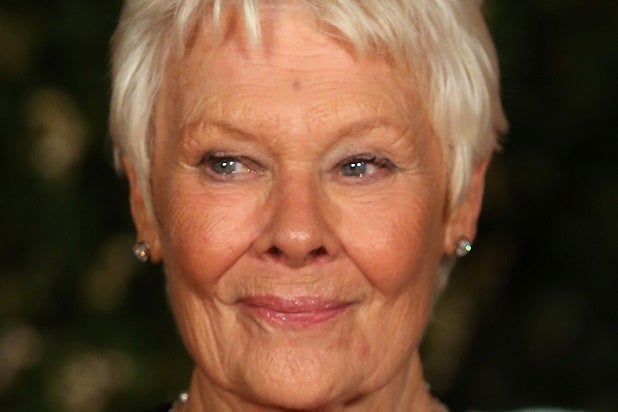 Judi Dench is the latest addition to the film adaptation of Andrew Lloyd Webber’s “Cats,” which will be released by Universal Pictures.

Taylor Swift, James Corden, Jennifer Hudson, and Idris Elba have also been cast for the film, which is set for release on December 20, 2019.

It’s a long time coming for Dench, as she was set to play Grizabella in the original 1981 West End production but had to bow out after suffering an Achilles injury shortly before previews.

Tom Hooper is directing the film and co-writing with Lee Hall. Working Title’s Tim Bevan and Eric Fellner are producing with Hooper, as well as fellow “Les Misérables” producer Debra Hayward–who brought the idea to Working Title. Lloyd Webber will be an executive producer with Steven Spielberg and Angela Morrison.

Dench will also be seen in Disney’s adaptation of “Artemis Fowl,” which will also be released in 2019. She is represented by Julian Belfrage Associates.