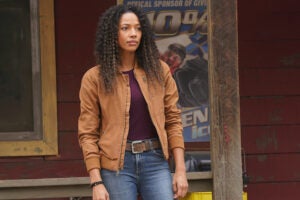 Jon Skogmo, founder and co-CEO of Culver City-based Jukin Media, once described his company to the Wall Street Journal as “the Getty Images of viral videos.” Founded in 2009, Jukin provides an avenue for amateur video makers to go pro by licensing their content to media companies and advertisers.

The Jukin library contains more than 65,000 videos, including the infamous Pizza Rat dragging a slice down the steps of the New York subway. The collection also includes the original video of Dallas housewife Candace Payne, the “Chewbacca Mom” who laughs hysterically in her car while modeling a “Star Wars” mask of the winsome Wookiee. The video went viral in 2016 and garnered more than 170 million views on Facebook in its first year, launching Payne as a media celebrity.

Jukin has paid more than $25 million in royalties to video owners, Skogmo said, noting that shelter-at-home orders at the beginning of the pandemic in March and April fueled a boom in user generated content (UGC) from frustrated stay-at-homes around the world — allowing Jukin to accumulate enough content to produce its own TV shows using library content.

The Wrap spoke with Skogmo about how he sees 2020 as the Year of UGC.  This interview has been edited for length and clarity.

Has your video licensing business increased or decreased during the pandemic?

The revenue for the first six months of 2020 matched what we did in the entire previous year in a subset of our business, our licensing for advertising campaigns. The publishing ad business was challenged this year due to brands not advertising. We work a lot with studios, helping them get the word out (about productions). There have been far too few this year.

Why have advertisers looked to user generated content at this time?
Obviously at first they were limited in what they could do in the world of physical production, it’s much easier to create a piece of content in the editing bay than it is on a soundstage — it certainly is cost effective. Even now that there is physical production, prices have risen because of COVID, because of the protections on set and all the hoops they have to jump through. There was a convenience factor, plus a social relevance factor. Advertisers want to part of the conversation that we’re all going through.

It seems that UGC is changing in a rapid way and an interesting way during the pandemic. What changes have you observed?
Not many people can say they built their whole career around user generate content, and we have seen it evolve. I began my career working on a home video show on CMT called “Country Fried Home Videos” that was hosted by Bill Engvall. It was a clip show where people used to send in their tapes,  it was a very analog system, and then saw it evolve into social media.  I think what happened this year is just another evolution in time for UGC.

We’ve heard the statistics about the huge increases in streaming service viewership during the first months of the pandemic, with Netflix for example adding 15.8 million paying customers from January through March. Did the same phenomenon take hold with UGC?
Certainly it’s been the year of the pandemic, but in my world it’s been the year of UGC going mainstream. Certainly there is more content creation around UGC than ever before, certainly more consumption  I think a lot of that has to do with TikTok and seeing the explosion of interaction and engagement on that platform. You look at another mobile platform that launched at the same time which had premium content, which had some of the biggest A-list stars in the world creating the content and starring in the content, and as you know that wasn’t as successful.

May Quibi rest in peace. Why do you think user generated content was the clear winner over that ill-fated experiment in short-form programming?
Clearly I am passionate about the explosion of UGC during this pandemic… it’s, real it’s authentic, it’s organic, we are all living this moment. As far as being quarantined, we’re all in this together with our videos. We have definitely seen two ends of the spectrum from empty aisles of toilet paper, people kicking toilet paper around all the way to their homes, to hard-hitting news. You have seen everything this year, as far as the content that’s being created. It’s all been socially relevant more than any other year. You saw rioters, you saw police brutality, you saw advocates who were very passionate about causes that they believe in. In a weird way I think this has been the year of UGC, and I really think it has brought people together.

Has UGC been your main source of news during COVID-19?
Certainly it was another outlet to get our news. Obviously I was watching the cable news and broadcast news, but I was also getting my news from people being on the ground and people documenting  this  remarkable, unprecedented year that we’ve had.

What pandemic videos were most in demand from Jukin Media?
This year, we were involved in a lot of the “We’re in this together” campaigns. We had a lot of the videos of nurses, nurses crying on the front lines to nurses from their balconies to nurses dancing in the hallways. A lot of nurses and a lot of emotions. And we worked with a handful of brands around those campaigns.

Is there any recent piece of user generated content, from your company or otherwise, that really blew your mind in 2020?
Something really interesting that falls on that spectrum is the skateboarder who became a star when he posted his video on TikTok. His car broke down and he rode his skateboard to work, while drinking Ocean Spray and playing the Fleetwood Mac song “Dreams.” It hits all those points of authenticity, and two brands have attached themselves to this video in a very organic way. Ocean Spray sales went through the roof, and a Fleetwood Mac song that hasn’t hit the charts in 30 years became the No.1 song on iTunes. It was not our video … but it was a great case study for UGC. It became part of our social psyche this year.