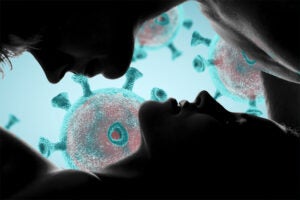 Will Actors Still Do Sex Scenes in a Post-Pandemic World?

”There are some really great stories being told,“ CEO Jon Skogmo says

Jukin Media today will debut a new streaming channel on Pluto TV based on its existing online video brand “People Are Awesome.”

The deal gives Jukin a 24/7 streaming channel on Pluto, which will begin broadcasting both half-hour and hour shows consisting of all-original “motivating and inspirational content” beginning May 1.

“People Are Awesome” averages around 500 million monthly video views, Jukin said. It will be Jukin Media’s third channel on Pluto TV, alongside channels made for its brands “FailArmy” and “Pet Collective.” “People Are Awesome” also has its own app on the Samsung TV Plus, Roku Channel, and streamer XUMO.

Despite the global pandemic, Jukin’s content distribution has been largely unaffected, chief executive Jonathan Skogmo said. The company’s business model relies heavily on monetizing and distributing user-generated content from non-professional sources (like public events, social media creators and viral clips). The company also licenses video content to news organizations to host on their sites and takes a portion of revenue from ads sold against those videos.

Skogmo spoke to TheWrap about the new inspirational channel on Pluto TV and how Jukin Media is adjusting production to continue putting out content during a global health crisis.

How has Jukin adjusted to the work-from-home requirements brought on by COVID-19?

We are headquartered in L.A., but we have people headquartered all around the world and so we’re always dealing with people in other territories, so it’s always been sort of like working remote. We’ve been very lucky that we’ve been able to handle everything from an operational standpoint pretty seamlessly.

What type of videos is Jukin most interested in producing or distributing?
Everything we do is powered by user-generated content. So much content is being created in the world, from mobile devices, drones, GoPros, you name it. We think there are some really great stories being told. We have built some great technology so we can find those really great stories and acquire the rights from individual video owners. A lot of these guys are accidental content creators that sometimes go viral.

The other piece of our business is our longform business, which is taking the assets of digital video from our owned and operated brands to create longform programs for TV networks.

How do you make money off these videos?
We have teams of researchers and technology to help find new stories based on a bunch of data points that we know monetizes really well. How that monetizes is, one side of our business is the licensing business and a legacy business. We (have) every morning show, news show, talk show around the world (“Good Morning America,” ESPN, CNN), and we’ll shoot those videos to a handful of our publishers around the world (like HuffPost and AOL), who will write articles around some of these reveals that sometimes go viral or might become newsworthy. That part of the entertainment business is really thriving. If you’re a small media business or individual blogger, you’re paying a license fee of, based on rights and usage, anywhere from I think the lowest is $49, up to $299 per video.

Is there also an advertising use for your videos?
We work a lot with brands and agencies that really value our content and people use in their products and services or for evoking some sort of emotion. We have had a handful of national (ad) campaigns in the last few weeks. Right now, it’s a lot of inspirational, COVID, quarantine-type stuff. You may have seen a lot of digital or TV campaigns around that. That business has been really healthy, and there have been some really great opportunities and trends on that side.

Tell us about the brands you operate.
So we have our owned and operated brands, “People Are Awesome,” “FailArmy,” “Pet Collective.” We have huge audience and huge scale on the backs of our social platforms where we’ve really built this audience and have a loyal fan base. We have about 2.5 million views a month and about 230 million fans between our social platforms for those five owned and operated brands. (A rep for Jukin later said Skogmo meant to say the company had 2.5 billion monthly views across all its social platforms.)

The programming is individual videos, compilations, host wraps, again stuff that doesn’t lend itself to a lot of original production, which we do as well. (We may take a video and do a docu-series behind the video.) But right now we’re really focusing on content where it doesn’t need a lot of production and it’s done really well.

Has Jukin noted an uptick in viewers since widespread quarantine began?
We’ve seen a growth in viewership of about 25%. As I’m sure you probably know, the ad market is down, so there are some challenges there, particularly around travel and automotive services. It’s down in those categories. But we’re still getting a lot of viewership.

Also Read: TV Viewing to Increase for 1st Time in 8 Years With People Stuck at Home

What particular content are people looking more for now as opposed to a couple months ago?
In the first couple weeks of quarantine, videos that were about toilet paper were used, and then social challenges are speeding up.

What’s the advantage of having a large library of non-professionally produced videos?
We’ve found a lot of opportunity with this (intellectual property) that I think a lot of people didn’t know existed over the years. I think there’s a lot of value in user-generated content. Last year, I think we did over 800 campaigns with users. The licensing platform itself is self-serve, so if you’re a customer or small business you can come in and download a video and use it for your long-form post or use it for your own social media programming — which is a pretty self-sufficient business for us.