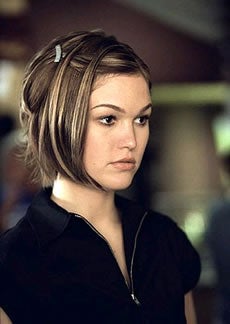 The cable network is keeping a lid on whether or not Stiles will play a serial killing rival to Michael C. Hall’s benevolent murderer like John Lithgow so memorably did last season.

Showtime’s press release says simply that she will play a "mysterious young woman who forms a unique relationship with Dexter" after his wife dies.

Production begins this month and the show’s fifth sason will premiere in the fall.

Hailed as one of Hollywood’s up and comer’s in the early aughts, Stiles has taken up lower profile film projects in recent years. She is best known for the teen films "Save the Last Dance" and "Ten Things I Hate About You," and her supporting role in the Bourne movies.