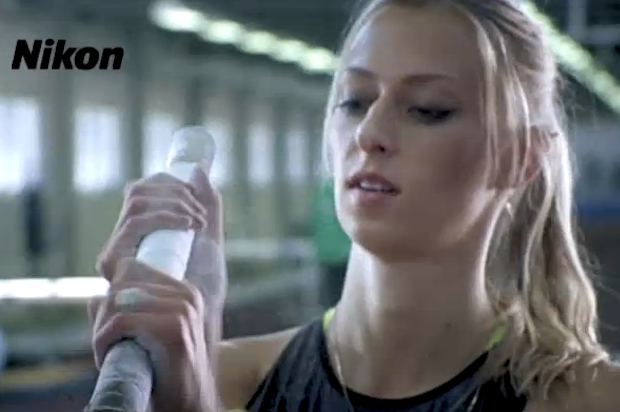 It’s the soundalike TV commerical of the decade, a voice so similar to the silver voice of Australian spymaster Julian Assange that one can’t help but wonder if maybe it is Julian in the Tokyo recording studio, doing take after take, for a 30-second Nikon commercial that’s airing on CNN International as we speak. Could it really be Assange?

While the spot is not selling any specific equipment, the soft-sell nature of the voice is captivating and a good boost for the corporate image of the firm. But could Assange have gotten the part-time gig to do a secret voice-over while still holed up in an Ecuadorian embassy in London? Or did he do the spot years before he was famous — and holed up — as a WikiLeaks founder.

And if it’s not him doing the commercial, complete with a perfect-pitch Julian Assange accent, then who is it?

Whoever it is, he should come out of the woodwork and identify himself. He has a big career ahead of him as the voice of Assange if he wants to go down that road. Could be a second career for the ace of all trade secrets? Or someone masquerading as Assange for fun and for profit?

An earlier piece in TheWrap noted that ”WikiLeaks founder Julian Assange is a better box-office analyst than he is a draw at the multiplex,” commenting on the poor box office showing for “The Fifth Estate” movie starring Benedict Cumberbatch as ”the online secret-stealer.”

Assange, who didn’t cooperate in the filming, predicted the movie would tank, TheWrap reported, quoting him as telling the Hollywood Foreign Press — via Skype — that the movie was “destined to be a box-office failure” because audiences prefer “combative underdog” stories.

Fast forward to the CNN ad. So far, the network is not commenting on the commercial, which I have watched live as it aired over 50 times from his sofa seat in my home office in Taiwan, and neither is the PR unit of Nikon, the Japanese camera firm.

Mum’s the word, it seems, and repeated emails have gone unanswered, although a phone call to CNN’s headquarters in Hong Kong was taken and politely answered with the comment that the PR lady knew nothing about this commercial airing on her network. And despite a personal promise to read my emails and get back me on this, she never did.

See video: ‘Underground: The Julian Assange Story’ Depicts WikiLeaks Founder as Teen What is the voice-over community saying? A veteran voice-over actor in Tokyo, a longtime American expat in Japan, told me that he has seen the advert but doesn’t think it’s Julian, adding: ”I have no idea who that is — he is are a rank amateur though, whoever it is. I’m doubt very seriously it is Assange, however.”

A PR presentative for the camera firm did reply to one email inquiring about the case last month, denying everything and saying: “We can assure you that the voice-over on the CNN commercial is not Julian Assange.”

Subsequent emails asking who then is the actor doing the voice-over were met with total silence from the PR firm. So much for PR.

So is the voice on this soft-sell commerical the silver voice of Julian Assange, moonlighting on the sly from his London digs, or is it someone else masquering as Julian Assange? Give it a listen and please feel free to comment below.