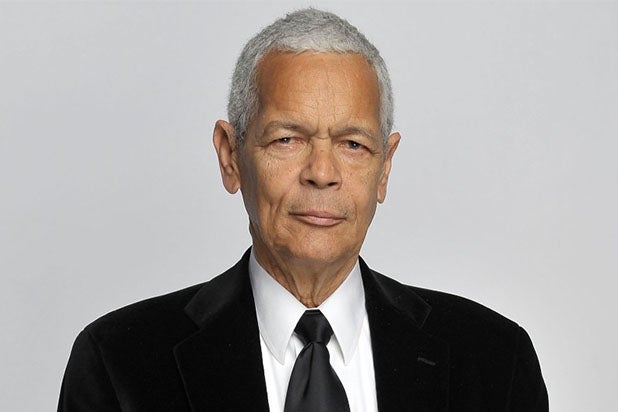 Julian Bond, a longtime civil rights activist and former board chairman of the NAACP, has died. He was 75.

Bond died Saturday night in Fort Walton Beach, Florida after a brief illness, according to a statement from the Southern Poverty Law Center, in which Bond served as the group’s first president.

“The country has lost one of its most passionate and eloquent voices for the cause of justice,” The SPLC staid in a statement posted on its website. “He advocated not just for African Americans, but for every group, indeed every person subject to oppression and discrimination, because he recognized the common humanity in us all.”

The NAACP also remembered Bond in a tweet posted early Sunday morning. “The NAACP mourns the passing of Chairman Julian Bond, civil rights titan and our brother. May he rest in eternal peace,” the group tweeted.

Several Hollywood personalities also remembered Bond on Twitter including “The Wire” star Wendell Pierce, who called him a “hero” and late-night host Stephen Colbert, who described Bond as “A Great Man.”

Born in 1940 in Nashville, Tennessee, Bond attended Morehouse College and helped found the Student Non-Violent Coordinating Committee. He was on the front lines of the 1960s protests that led to the nation’s civil rights laws.

Bond also served in the Georgia state legislature and he taught at American University and the University of Virginia.

He is survived by his wife, Pamela Horowitz, a former SPLC staff attorney, and his five children.

Below is a sampling of tweets honoring Bond.

The NAACP mourns the passing of Chairman Julian Bond, civil rights titan and our brother. May he rest in eternal peace.

I will miss Julian Bond: A Great Man, and my Black Friend: http://t.co/8NPPYYsdpL

I am deeply saddened by the passing of Julian Bond. A lifelong champion for civil rights and the under privileged, (1/2)

he served as an inspiration to us all and we are each better because of his courageous work and commitment to justice. (2/2)

"Discrimination is discrimination no matter who the victim is, & it's always wrong. There are no special rights…" RIP #JulianBond

Julian Bond – activist, icon. A great man who made the gains of the next generation possible and the nation better. We owe him much.

#JulianBond, a friend & fellow traveler who with courage, set the moral & academic tone of our generation. RIP pic.twitter.com/V2OKZMYNiW