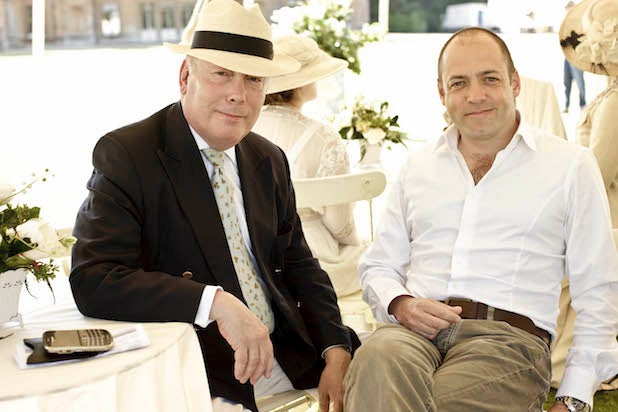 Julian Fellowes is about to fill your life with upstairs/downstairs drama once more, as the “Downton Abbey” creator’s new period drama “The Gilded Age” has finally been given a series order at NBC.

The show, which was first put into development in 2012, has received a 10-episode order from the Peacock for a 2019 debut. Fellowes will write and executive produce along with “Downton Abbey” vet Gareth Neame, for Universal Television.

Here is the network’s official description of the series: The Gilded Age in 1880s New York City was a period of immense social upheaval, of huge fortunes made and lost, and of palaces that spanned the length of Fifth Avenue. In the series, Marian Brook is the wide-eyed young scion of a conservative family who will embark on infiltrating the wealthy neighboring family dominated by ruthless railroad tycoon George Russell, his rakish and available son Larry, and his ambitious wife Bertha, whose “new money” is a barrier to acceptance by the Astor and Vanderbilt set. Marian is about to experience a whole new world springing up right outside her front door.

Also Read: 'Downton Abbey' Creator on Hollywood Ageism: Women 'Stop Being a Sexual Being at About 32'

“To write ‘The Gilded Age’ is the fulfillment of a personal dream,” Fellowes said. “I have been fascinated by this period of American history for many years and now NBC has given me the chance to bring it to a modern audience. I could not be more excited and thrilled. The truth is, America is a wonderful country with a rich and varied history, and nothing could give me more pleasure than be the person to bring that compelling history to the screen.”

The series marks Fellowes first project since “Downton Abbey,” which was produced by Neame’s Carnival Films. The PBS’ drama ran for six seasons and is the most-nominated non-U.S. show in Emmy history, with 69 nominations and 15 wins to its name.

“Julian Fellowes has the peerless ability to create complex characters and relationships set against a fantastic backdrop,” said Jennifer Salke, President, NBC Entertainment. “We’re thrilled that NBC and Universal Television will bring you his delicious new take on both the emerging rich and the working class who were intricately entwined in opulent New York in 1882. It’s an addictive new universe of fabulous people with the same signature style, wit and emotional resonance for which Julian is famous.”