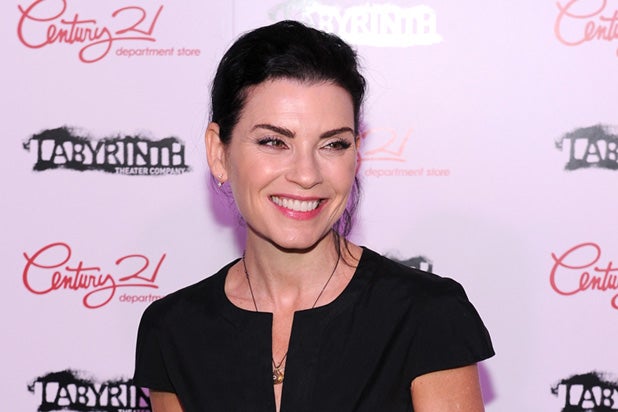 Julianna Margulies is opening up with more details about her decision to turn down an appearance on CBS All Access’ “The Good Fight,” a spinoff of “The Good Wife,” in which she starred as Alicia Florrick.

“We live now in a world where equal pay is a very important platform for all of us women who do everything in high heels and backwards to what men do,” she told SiriusXM host Jessica Shaw while promoting her new National Geographic show “The Hot Zone.” The interview will air Thursday at 9:00 a.m. ET on SiriusXM’s Entertainment Weekly Radio.

“I love men, but it’s gotta stop. I am in an enviable position in that I can walk away from a job. I know how lucky I am,” she said.

Margulies first spoke about her decision not to accept CBS’ offer to appear as Florrick in a three-episode arc on “The Good Fight” in April, saying at the time that CBS had declined to pay her the rate she felt she deserved.

She said that the rate she asked for, and was denied, was less than what a man would have gotten paid.

“I’m not a guest star. You don’t pay me a guest-star salary. I would get a guest-star salary if I went and did ‘SVU’ — it’s not my show. I wouldn’t ask for what I got paid as Alicia Florrick,” she continued. “I also know for a fact that any male star that was asked to come on a spinoff of their show would have been offered at least $500,000.”

Margulies also said that, at first, she had made excuses for CBS when asked why she hadn’t yet appear on the spinoff — but in the end, the courage to come forward about it was inspired by another actress’ example.

“It’s like the letter Jennifer Lawrence wrote when she found out about ‘American Hustle.’ She said, ‘I did a disservice to my fellow actresses and I shouldn’t have done that.’ And I thought she was so brave for writing that letter,” Margulies said. “So I thought, I’ve gotta speak up, because it’s crazy to me that CBS wouldn’t honor that.”

Margulies added, “If they were to ask me to go back on ‘The Good Fight’ paying me what my salary is, in a heart beat. Of course. I always would have.” She currently has another deal with CBS in the works, for a “really great pilot” about journalists written by Jennifer Salt.

In the meantime, she had a message “for the people who get angry when they hear me say they weren’t paying me what I’m worth.”

“Think a little harder, because this isn’t really about me at all,” she said. “This is about every other actresses who doesn’t have the voice or power to be able to say that.”