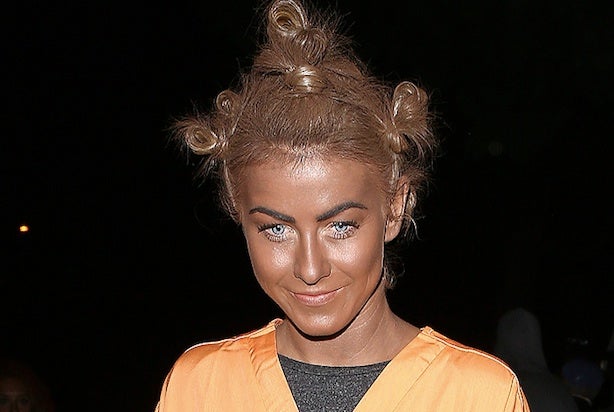 Looks like Julianne Hough learned the hard way that some people take offense in the 21st century when white starlets wear black face.

Yet there she was, dressed up as the African-American inmate Crazy Eyes, so memorably portrayed by Uzo Aduba on “Orange Is the New Black.” The actress was attending the Casamigos Tequila Halloween party in Hollywood with friends, who also went as characters from the buzzy new Netflix series.

The internet was not amused. To her credit, the “Dancing With the Stars” winner and “Rock of Ages” actress quickly apologized on Twitter for her choice of costume.

“I am a huge fan of the show Orange is the New black, actress Uzo Aduba, and the character she has created,” Hough tweeted. “It certainly was never my intention to be disrespectful or demeaning to anyone in any way. I realize my costume hurt and offended people and I truly apologize.”

Of course, the fallout from these kind of racially charged makeup can be intense. In 1993, Ted Danson stirred up blistering media criticism after appearing in blackface at a Friar’s Club comedy roast in honor of then-girlfriend Whoopi Goldberg. He also offered up a boatload of racially offensive humor, which didn’t help matters.

We’ve reached out to Hough’s representatives for additional comment, but they have yet to respond.