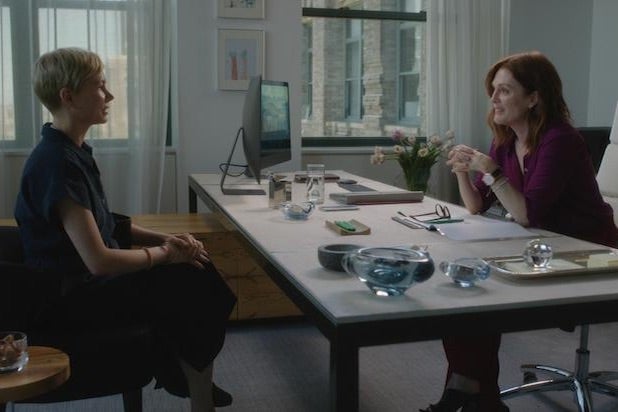 Sony Pictures Classics has acquired all of the rights to Julianne Moore and Michelle Williams’ “After the Wedding,” which was the opening night film at the 2019 Sundance Film Festival.

Bart Freundlich directed the film that also starred Billy Crudup and Abby Quinn. It is an adaptation of Susanne Bier’s Academy Award-nominated Danish film of the same name.

The film is produced by Joel B. Michaels and Harry Finkel, and it is an Ingenious Media and Riverstone Pictures presentation, executive produced by Nik Bower and Deepak Nayar for Riverstone and Peter Touche and Andrea Scarso for Ingenious.

“After the Wedding” follows Isabel (Williams) who is dedicated to her life working in an orphanage in India. She soon hears of a mysterious and generous grant from multimillionaire Theresa (Moore), she travels to New York to meet Theresa in person, only to uncover some family secrets that affects them all.

SPC and Freundlich previously worked together on his first feature, “The Myth of Fingerprints.” The distributor has also worked with Moore on several films, including “Vanya on 42nd Street,” “Safe” and “Still Alice,” for which she won the Academy Award for Best Actress.

“I’ve known Michael and Tom for 23 years when we worked together on my first film, ‘The Myth of Fingerprints,'” said Freundlich. “They have impeccable taste, so it is very exciting, and great vote of confidence that they believe so whole heartedly in ‘After the Wedding.'”

SPC added: “Stunning performances with a nail biter of a story executed perfectly by director Bart Freundlich. ‘After the Wedding’ makes for a perfect end of summer release.”

“After the Wedding” will be released in August. The deal was negotiated by Endeavor Content and Cornerstone Films on behalf of the filmmakers.