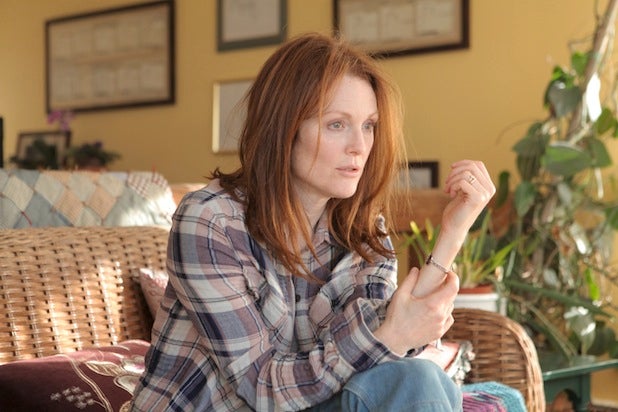 Sony Pictures Classic is making sure that Julianne Moore gets that shot at finally nabbing an Oscar.

The corporate-owned art house distributor will release “Still Alice,” the drama that features Moore as a college professor with early-onset Alzheimer’s, in theaters in New York and Los Angeles for a week in December. The distributor will then give the film a more normal release on January 16.

“Still Alice,” written and directed by Richard Glatzer and Wash Westmoreland, was acquired by SPC after its Toronto premiere.