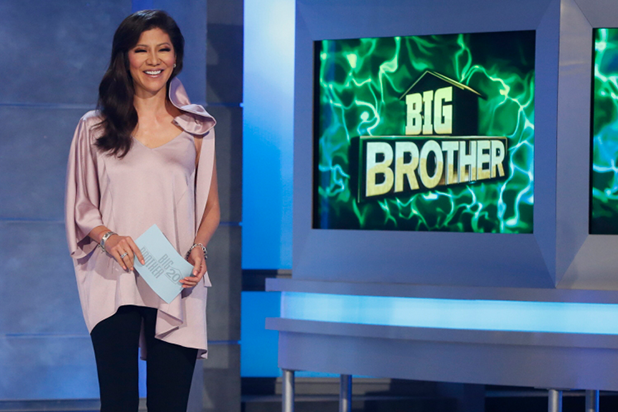 Julie Chen Moonves will remain the host of “Big Brother,” according to multiple people with knowledge of her CBS deal.

A person close to Chen told TheWrap she “will continue to work on ‘Big Brother’ and looks forward to hosting the show for years to come.” A second individual, this one on the network side, said Leslie Moonves’ wife is expected to continue hosting the popular series.

“Big Brother” is not officially renewed yet for its 21st season, but the show is a summer smash hit for CBS — especially in the key adults 18-49 demographic. Season 20 of “Big Brother” concludes next Wednesday.

Chen’s reps did not immediately respond to TheWrap’s request for comment on this story, nor did CBS corporate communications.

Deadline first reported that Chen would keep her gig through Fall 2019, which would encompass one season apiece of “Big Brother” and its spinoff “Celebrity Big Brother.”

Also Read: Watch Julie Chen Bid Farewell to 'The Talk': 'You Ladies Got This' (Video)

Chen confirmed her exit from CBS’ “The Talk” Tuesday, announcing her departure at the end of the show in a pre-recorded message from the set of “Big Brother.”

“Right now, I need to spend more time at home with our husband and our young son, so I’ve decided to leave ‘The Talk,'” said Chen. “I want to thank everyone at the show for the wonderful years together I will always, always cherish the memories we shared. Most important I want to thank you the viewers for allowing me into your home every day. It is a privilege I will forever be grateful for.”

Chen had not appeared on “The Talk” since her husband exited as chairman and CEO of CBS last Sunday, following sexual misconduct accusations from a dozen women.

Chen said in a statement last week she was “taking a few days off from ‘The Talk’ to be with my family” and would be “back soon.” But that didn’t stop her co-hosts from discussing the Moonves matter last week, with Sharon Osbourne saying, “Obviously, [Moonves] has a problem.”

Back in July, after Ronan Farrow’s initial New Yorker story described the accusations against Moonves, Chen briefly discussed the news on “The Talk.”

“Some of you may be aware of what’s been going on in my life the past few days,” Chen said at the top of the July 30 episode. “I issued the one and only statement I will make on Twitter. I stand by that statement today, tomorrow, and forever.”