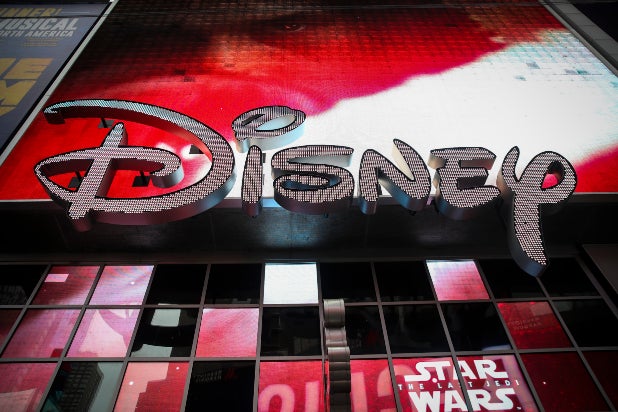 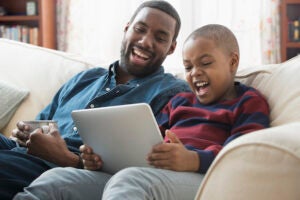 Kids Spent 100 Minutes Per Day Watching YouTube Last Month, a 75% Jump From a Year Ago

”This is going to be a big challenge for them over the next 6 months,“ Ross Gerber of Gerber Kawasaki tells TheWrap

In July, Disney is poised to reopen Disney World, release the long-postponed live-action “Mulan” in theaters and see the return of one of its biggest live TV properties. Will that spark a turnaround for a company that has been hit hard by the coronavirus pandemic?

While it could be a resurgence for some parts of the media giant’s empire, the reopening provides some sobering challenges.

Let’s start with the theme parks in Florida and California, which have been shuttered since March. While Disney World is set to open its doors on July 11, Disneyland in Southern California is still months away from opening its doors, not expected until the fall at the earliest (UPDATE: Disney said Wednesday afternoon it’s proposing a July 17 reopening).

“Even if business comes back and even if business is good, it will be more expensive and less guests to operate. So, margins have to be impacted by this, even in the best case scenario this year,” Ross Gerber, co-founder, president and CEO of Gerber Kawasaki, told TheWrap. “This is going to be a big challenge for them over the next six months.”

Disney’s parks, experiences and products division, which includes all of the company’s theme parks, resorts, and cruise lines, is its biggest contributor to revenue. In 2019, the division brought $26.2 billion to Disney’s overall revenue of $69.6 billion. During its most recent quarterly conference call with Wall Street, the company said estimated that its parks business took a roughly $1 billion hit to operating income as a result of the pandemic.

Last month, Shanghai Disneyland reopened to the public after shutting its doors for roughly three months, with several new policies in place to enforce social distancing and visitor cleanliness. Disney World’s reopening will follow much of the same playbook, requiring both cast members and guests to wear face masks, submit to temperature screenings before entering — in addition to at-home temperature checks for cast members — and obey physical distancing guidelines.

Disney temporarily canceled all parades, firework shows, character greetings and kids play areas. Capacity at the park was reduced, as well as the size of lines at the park’s attractions remanaged. Shanghai Disneyland reopened with less than 30% capacity. “My guess is it will be break-even on the short and medium term for Disney to operate at a third of their business,” Gerber said. 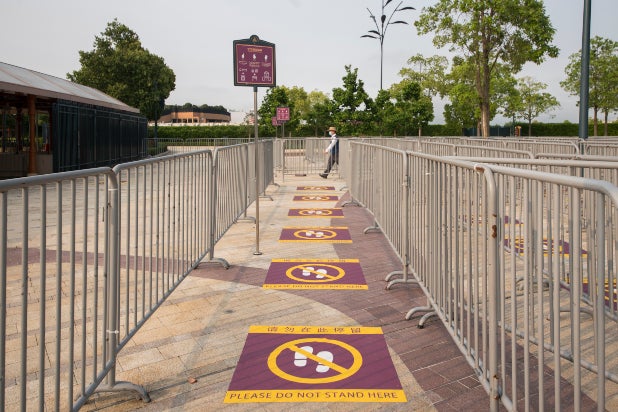 One way Disney can mitigate the costs of operating the park with such lighter crowds, Gerber argued, is by having fewer workers each day. Gerber does believe that Disney World will still be filled at whatever capacity it allows. “I do think it rebounds, just like everything else, much quicker than what the market or what people think. But I don’t know that the virus is going to go along with that,” he said, alluding to fears of another wave as states reopen and social distancing is relaxed, or outright ignored by the public.

A video on social media last weekend showed a newly reopened Las Vegas casino where many appeared to be walking around mask-free. The nationwide protests against police brutality has also sparked fears of a resurgence of COVID-19.

A new wave of the disease would also harm the upcoming release of “Mulan,” which was rescheduled from its original March 17 release to July 24, becoming the second megabudget studio film after Christopher Nolan’s “Tenet” on July 18. Disney CEO Bob Chapek previously said that the studio would be paying close attention to how “Tenet” performs as a possible barometer for how safe the moviegoing public feels about theaters.

Approximately 725 theaters have reopened so far nationwide, with plans for thousands more to reopen in the coming weeks. California theaters got the green light to reopen as early as Friday, removing one potential hurdle for studios that may be wary of releasing a film that could not be seen by residents of two of the country’s largest cities: Los Angeles and San Francisco. Even so, theaters must limit their capacity to 25% or at a maximum of 100, whichever is fewer. That doesn’t portend to the kind of box office haul that Disney is accustomed to seeing.

Multiple theater owners nationwide have told TheWrap over the past month that a 25% capacity limit would make it difficult to operate profitably. The industry is hoping for a capacity limit of 50% by the time “Mulan” is out. Even so, mask-wearing and other strict social distancing protocols could make the idea of going to the multiplex less attractive. “Add in the requirement of wearing a mask to watch a movie and many consumers, even in less impacted regions of the country, may not find movie-going all that appealing,” Greenfield added.

For Disney’s ESPN, the NBA’s return should give it a much-needed injection after months of airing old games and “SportsCenter” episodes that didn’t have any games to talk about. The five-week run of “The Last Dance” docuseries was a brief respite, as was April’s three-day virtual NFL Draft. ESPN was forced to resort to airing Korean baseball games after midnight on the East Coast to give its viewers live action.

Disney would’ve been looking at a nearly $500 million loss in ad revenue if the rest of the NBA season were to get called off, and while it won’t get all of its lost revenue back, ESPN will be in a better position than it was a few months ago. Having the whole thing staged at the ESPN Wide World of Sports complex also provides a bit of free advertising.

“Rule of thumb for Pay TV networks is 30% of revenues are from advertising,” said Patrick Crakes, a former Fox Sports executive who now works as a sports media consultant. He argued that ESPN’s goal here should be damage control, which will be easier if it can also get MLB back and the NFL seasons starts on time in September. “That has to be considered a win.”

The company will report its next earnings at the end of the summer, where the full brunt of the pandemic will be etched into their balance sheet. Chapek is likely banking on at least having some good news to share.