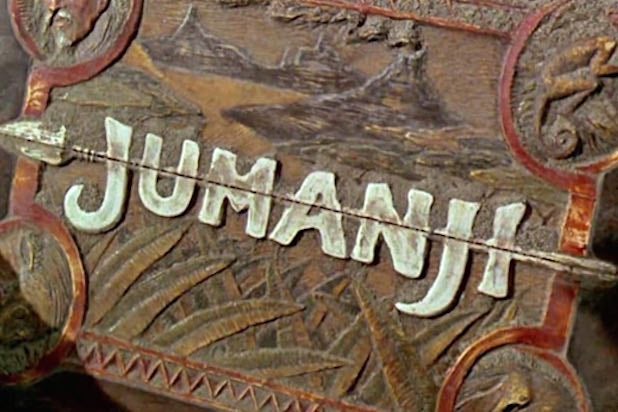 Curious what the next “Jumanji” will look like? Kevin Hart gave his fans the first glimpse this week with a still from the first day of shooting.

“Day 1 of shooting ‘Jumanji’ is officially in the can,” Hart wrote on Instagram. “We had a amazing first day. The chemistry & energy of our cast & crew was beyond amazing!!!! This movie is going to be dope as hell….Can’t wait to get back to work tomorrow.”

In the photo, Hart is standing beside co-stars Dwayne “The Rock” Johnson, Karen Gillian, and Jack Black. Jake Kasdan (“Orange County”) is directing, based off the screenplay by Zach Helm, Chris McKenna, Jeff Pinkner, Scott Rosenberg and Erik Sommers.

And for those worried about the movie stepping on the toes of the beloved 1995 Robin Williams adventure, Johnson has already assured fans it will not be an issue.

“Now in two weeks I’ll reunite with ol’ friends Kevin Hart & Jack Black and we have the honor to introduce a whole new generation to the amazing world of #JUMANJI. *(for the record we are NOT making a reboot, but rather a continuation of the awesome JUMANJI story),” he said back in August.

Check out the photo below

Day 1 of shooting "Jumanji" is officially in the can. We had a amazing first day. The chemistry & energy of our cast & crew was beyond amazing!!!! This movie is going to be dope as hell….Can't wait to get back to work tomorrow @therock @karengillanofficial & jack black!!! #Jumanji