I hate to be gloom and doom in the middle of a beautiful June but the signs are ominous as we stare down a number of significant developments in the world.

First off, Donald Trump is still president and doing more damage to our democracy every day. I wake up daily and hope that this bad dream is over and instead find that the man has done some newly reckless, mean or unconstitutional thing.

Last week Trump admitted that he did not have recordings of his conversation with James Comey, after suggesting that he did. This is just the latest example of Trump trying to intimidate the former FBI director and interfere in the investigation into Russia and the 2016 election, which legal experts say is potentially a crime.

Also Read: Trump Bluff About Comey Tapes Could Be a Crime, Expert Says

But Trump has also suddenly decided that Russia did interfere in the election, since he decided he can blame Obama for failing to act at the time. And cite the “fake news” Washington Post.

In the Sunday New York Times, writers David Leonhart and Stuart Thompson chronicled a comprehensive list of our president’s lies since January 21. According to their tally, Trump told a lie in public every day for his first 40 days in office. They distinguish between “lies” and “falsehoods,” meaning some misstatements might be due simply to some combination of ignorance or stupidity. But there are plenty of both.

“It would be the height of naivete to imagine he is merely making honest mistakes,” they wrote. “He is lying.”

The list fills an entire newspaper page, in extra small type. This alone is enough to make any democrat (small D) permanently queasy.

The notable lack of a Republican leader who will call out Trump’s outrages is ominous.

Bezos, who founded and runs Amazon, is a fundamentally decent guy. He supports the entertainment industry by financing film and TV production. I buy his products more often than I would like because they’re cheaper and easier to find.

Bezos is now the second richest man on Earth after Bill Gates, and he is only starting to gather the power that he will have when Amazon represents the full iteration of his vision.

Bezos’s ambitions are boundless and his reach seems equally limitless at this point.

He started by driving bookstores out of business and bringing publishers to their knees with technological innovation and a relentless focus on price. He has gone on to challenge other categories with the exact same approach. He wants to sell everything to everyone, and his purchase of a grocery chain gives him a foothold in the most basic of day to day needs: food.

The impact of Amazon writ large? Shopping malls are in decline. Big-box electronic retail stores are struggling. People are buying online. Are grocery stores next?

It’s not hard to envision a future in which tens of thousands of American jobs are for people working in Amazon distribution centers, big, technologically advanced buildings where minimum wage employees simply the computers and robots find, box and ship stuff.

This may well be what the new capitalism looks like, an evolutionary turn akin to the change brought by Henry Ford’s mechanized production line, an innovation that changed the scale and scope of American manufacturing. But Bezos’ advantage of scale suggests a looming retail monopoly that stretches across categories, and across the country.

According to PayPal co-founder Peter Thiel, this is what the new innovation economy looks like.

“Americans mythologize competition and credit it with saving us from socialist bread lines,” he writes in his business manifesto, “Zero to One.” “Actually, capitalism and competition are opposites. Capitalism is premised on the accumulation of capital, but under perfect competition all profits get competed away. The lesson for entrepreneurs is clear: If you want to create and capture lasting value, don’t build an undifferentiated commodity business.”

When I read this, I felt like I’d been let into some secret Silicon Valley club.

Thiel — the man who drove Gawker out of business — further explains: “The airlines compete with each other, but Google stands alone… The opposite of perfect competition is monopoly. Whereas a competitive firm must sell at the market price, a monopoly owns its market, so it can set its own prices. Since it has no competition, it produces at the quantity and price combination that maximizes profit.”

Think about that in the context of Amazon and where it might be in five years. 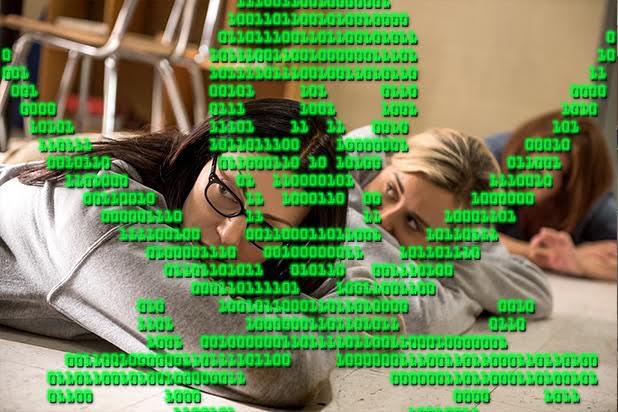 And finally: Hacking. It’s getting to be a threat that experts are warning can alter the fate of Western democracy.

Again, I’m not trying to be a doomsayer, but we’d do well to pay close attention. We all know that hacking private companies and even government entities has become commonplace.

Garden variety hackers are stealing things like Netflix’s new season of “Orange Is the New Black” and leaking the episodes as “punishment” when the victims fail to follow instructions sent by the extortionist.

This is the least of it. We now have hostile state actors attempting to hack their way into influencing our elections, but we don’t know exactly how and we don’t know if we are able to stop them in the future.

A report on Vice this weekend featured interviews with high level cybersecurity experts from Israel — a country that hacked a cyber bug into Iran to mess up that country’s nuclear codes — who warned that we have not begun to take the measure of the cyber threats that face us. Computers now control our water supplies, the production of pharmaceutical drugs, an endless number of services and structures related to our health and safety.

We are at the point where hackers could impact these vital networks, and we are seeing evidence that hackers are prepared to inflict serious damage.