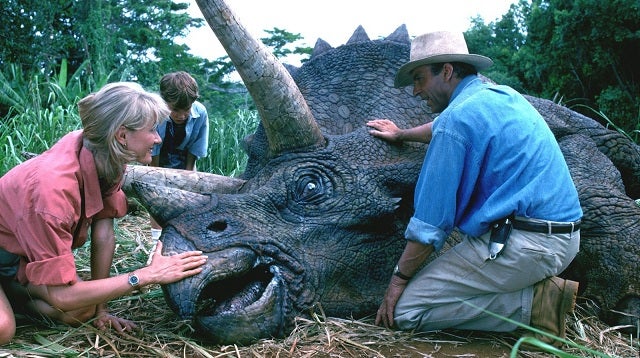 The re-release "Jurassic Park 3D" opened at No. 1 in China on Tuesday.

Steven Spielberg‘s 1993 sci-fi classic brought in $6.3 million from 2,500 screens, the fourth-best opening day for a U.S. film in China this year, distributor Universal Pictures said Wednesday. It was the first time the film played theatrically on the mainland.

It's also short of "Titanic 3D," however, which debuted to $11.2 million in April of last year.

The total international box office for "Jurassic Park 3D" stands at $20.7 million. It has taken in more than $45 million domestically since April.

It opens in Mexico, Panama, Spain and the U.K. and Ireland this weekend.

The original “Jurassic Park,” which never played in China, was a bona fide blockbuster when it came out, bringing in $970 million worldwide. It topped another Spielberg film, “E.T. the Extra-Terrestrial,” to become the highest-grossing film up to that time. Two sequels followed, "The Lost World" in 1997 and "Jurassic Park 3" in 2001. In all, the franchise has taken in more than $1.9 billion at the worldwide box office.