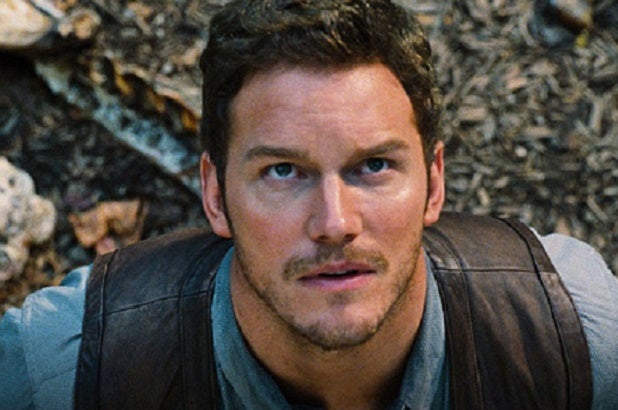 “Jurassic World” thundered into box office history Friday with a stunning $82.8 million rampage that has the 3D sequel to Steven Spielberg‘s 1993 dinosaur blockbuster on pace for a June-record $180 million opening weekend.

The T-Rex-sized overseas debut of “Jurassic World” was nearly as impressive. The $60 million it stomped to from 66 foreign markets was the biggest Friday in Universal Pictures’ 103-year history. That pushed its international haul past $130 million — with $50 million from China alone — and the sci-fi sequel is up to $210 million globally with Saturday and Sunday yet to come.

The monster first day in the U.S. and Canada was at least $50 million above analysts’ projections and only two movies — 2011’s  “Harry Potter and the Deathly Hallows” with $91 million and the “Avengers: Age of Ultron” with $84 million last month — have ever had bigger opening days.

Also Read: The Evolution of Chris Pratt: From 'Everwood' to 'Jurassic World' (Photos)

On its current pace, the dinosaur epic directed by Colin Trevorrow and starring Chris Pratt and Bryce Dallas Howard will reduce to rubble the standard for a June weekend debut, topping 2013’s “Man of Steel” opening by more than $60 million.

The weekend race was over in hours Friday, as rival studios steered clear and there no other wide opening films. Last weekend’s leader “Spy” was a very distant second Friday with $4.7 million, and on its current pace Melissa McCarthy’s R-rated comedy will finish the three days roughly $165 million behind “Jurassic World,”

The dino-mite domestic debut of the $150 million “Jurassic World,” which Spielberg executive produced and Frank Marshall and Patrick Crowley produced, builds on a blockbuster year for Universal. By Sunday, the studio will have released four of 2015’s top movies: “Furious 7,” “Fifty Shades of Grey,” “Pitch Perfect 2” and “Jurassic World.” Also executive producing were Thomas Tull and Jon Jashni of Legendary Pictures, which has financial stake in the film.

The spectacular opening was the result of the dinosaur epic hitting the sweet spot in terms of its audience, which was 53 percent under the age of 25 and 47 percent over, according to Rentrak’s PostTrack exit polling. Men made up 62 percent of the audience for the PG-13-rated “Jurassic World.”

“Male audiences are clearly leading the charge,” said Paul Dergarabedian, Rentrak’s media analysts, “but the age split is nearly even for over-25 and under-25 audiences which shows that excitement for the movie is based on both interest in the new movie, but also a nostalgia factor that is coming into play for older moviegoers who recall the fun of the original 1993 ‘Jurassic Park’ film.”

Opening-night audiences gave it an “A” CinemaScore, even better than the critics, who have it at 73 percent positive on Rotten Tomatoes, a review aggregation site.

The special effects-laden “Jurassic World” plays very well on giant screens, and fans jammed both Premium Large Format and IMAX theaters. The dino epic drew $6.5 million from around 400 PLF screens and is on track to shatter the weekend record for that format with $17.5 million. Many of the 363 IMAX theaters were sold out as well, and insiders say they generated more than $8 million.

At this point, 2015 is running about four percent behnd 2012, which was the biggest year domestically ever with $10.8 billion. Analysts believe that 2015 will top that and exceed $11 billion, paced by super sequels like “Jurassic World,” “Furious 7” and “Avengers: Age of Ultron,” as well as the upcoming James Bond film “Spectre,” the finale to “The Hunger Games” franchise and “Star Wars: The Force Awakens.”