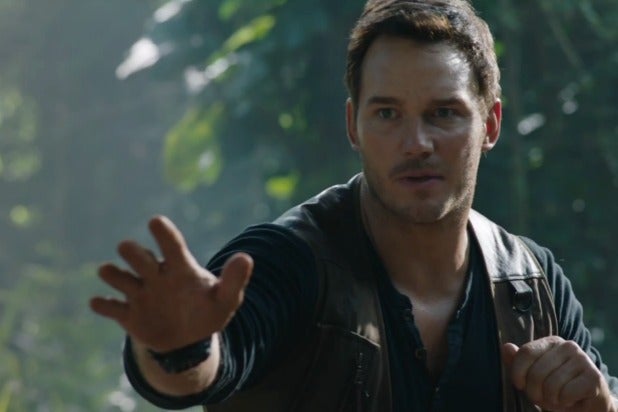 “Jurassic World: Dominion,” the third film in the new “Jurassic Park” franchise of films from Universal and starring Chris Pratt, will resume production at the UK’s Pinewood Studios on July 6, an individual with knowledge told TheWrap.

Beginning next week, two weeks of pre-production will begin on the film, and everyone involved will be tested before returning to set and tested multiple times during filming. The stars of the film, including Pratt and Bryce Dallas Howard, will return to the UK soon and will be quarantined for two weeks before getting to work, which is mandated by the government for people traveling from the U.S.

Production on “Dominion” was four weeks into its 20-week shoot at Pinewood before production shutdown in March.

Deadline first reported the news of “Jurassic World: Dominion’s” return to production and said that the cost of new COVID-19 safety measures is in the range of $5 million.

Last week a safety coalition of the industry’s unions and guilds formally released its safety guidelines for how production can resume, and LA County, in particular, gave the go-ahead for filming to resume as early as last Friday, June 12. Among the requirements are frequent testing and zones that determine which members of cast and crew are allowed in certain areas or proximity of set. Masks for people who are not performing or are on-camera were also required, and “Jurassic World: Dominion” will be following those protocols, as well as providing on-site doctors, hand sanitizers and isolation booths.

Other UK-based film productions that will be looking to resume include Warner Bros.’ “The Batman,” Disney’s live-action remake of “The Little Mermaid” and Sony’s “Cinderella.”