A “Black Canary” movie is in early development at HBO Max, according to an individual with knowledge of the project. . Jurnee Smollett, who played Black Canary in last year’s “Birds of Prey,” is attached to star.

Misha Green, best known as the showrunner of the supernatural series “Lovecraft Country” on HBO, is writing the script.

Black Canary, aka Dinah Lance, is a fantastic hand-to-hand combatant who comes from a family of crime fighters. Her father, Larry Lance, was a police officer, while her mother (also named Dinah) was the original Black Canary. 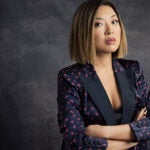 Originally created by writer Robert Kanigher and artist Carmine Infantino in 1947, Black Canary/Dinah Laurel is a fantastic hand-to-hand combatant from a family of crime fighters — Her father, Larry Lance, was a police officer, while her mother (also named Dinah) was the original Black Canary. Since the 1960s she’s been most commonly associated with the hero Green Arrow, and has been featured heavily on The CW’s “Arrow,” where she was played for several seasons by Katie Cassidy. A new version of Black Canary is currently played by Juliana Harkavy.

Producer Sue Kroll will produce the film via her Kroll & Co. Entertainment banner.

Green is repped by CAA and attorney Nina Shaw