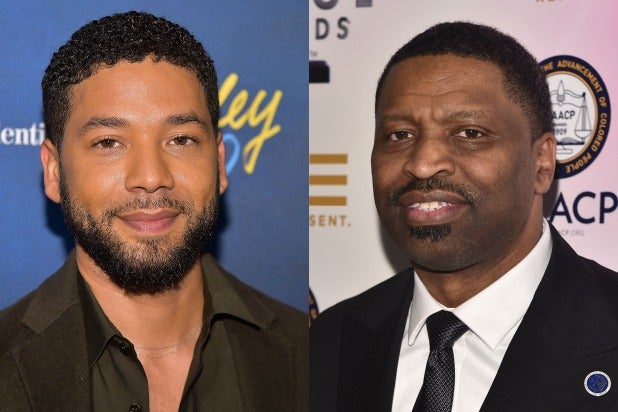 Jussie Smollett was nominated for his eighth NAACP Image Award on Wednesday morning — shortly after he sat down with “Good Morning America” for his first interview since reporting to police he was assaulted by two men on Jan. 29.

Following the announcement of the “Empire” star’s Outstanding Supporting Actor nod for his performance on the Fox drama, TheWrap spoke with NAACP president Derrick Johnson about the list of nominations — and his opinion on how the press is covering Smollett’s story.

“It’s unfortunate, the media is verging on demonizing a victim,” Johnson told us during the Television Critics Association press tour. “And in order for us to truly root out racial hate crimes and crimes based on homophobia, we need not to demonize the victim. We need to aggressively pursue a course of action that if, in fact, individuals committed these crimes they are held accountable, as well as pursue a course of action in the media to allow people to understand that we must have more tolerance and acceptance of all citizens.”

In terms of how the NAACP Image Awards, which will be broadcast live on TV One on March 30, will address Smollett’s story during the telecast, Johnson isn’t sure yet. But he says the topic isn’t specific to the “Empire” star, even though the story of the potential hate crime against him is currently receiving a significant amount of media attention.

“It’s just not Jussie’s situation, it’s a current climate of intolerance. [The] NAACP, primary to our mission is [to] fight against discrimination. So as we develop the script for the show I am almost positive, as we do every year, [that it will] address the current trend of intolerance, whether it’s racial intolerance, xenophobia, homophobia or gender bias. Those are important issues that we’ve taken on and it will be a thread throughout the show.”